In 2012, Hilton Worldwide, owners of luxury hotels across the world disclosed its partnership with Transnational Corporation of Nigeria Plc (Transcorp) to develop eight new luxury hotels across Nigeria within seven years. Transcorp has made strategic plans to expand its hospitality portfolio and in the next three to five years, the company will increase the number of hotels across key cities in Nigeria, particularly Lagos and Abuja. 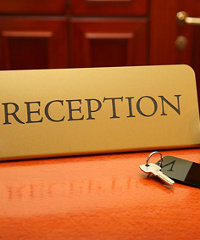 South African-based Protea Hospitality Group (PHG) has also announced that it would move the African Pride Hotels brand into Nigeria. Speaking on this move, Danny Bryer, director of sales, marketing and revenue for PHG explains that as Nigeria’s economy continues to grow off the back of non-oil and gas resources and more money pours into the country, the demand for luxury is growing steadily. Bryer says Nigeria’s debut African Pride Hotel is currently under construction in Ikeja, Lagos. Named African Pride Avalon Hotel & Spa, it will have 150 rooms, retail components, a pool and conference facilities and is due to open this year.

Bryer says this is one of a number of new Protea Hospitality Group hotels that will open in the country by the end of 2013. “PHG has had a presence in Nigeria for years, but as the telecommunications, construction, wholesale and retail trade, manufacturing and agriculture sectors continue to grow, the time is right to open our first African Pride Hotel there and we anticipate adding many more properties to the West African portfolio before too long.”

Asked about the Nigerian hospitality market, he says there has been great growth in the hospitality sector in Africa in recent years as many countries stabilise politically and economies are stimulated. “As Africa’s economic development hubs continue to grow, so does the movement of business and leisure travel within the continent and the wave of money that accompanies it.” Much of the business travel is generated between South Africa and Nigeria as trade ties strengthen and more companies do business within the borders of both nations.

According to the McKinsey Global Institute, Africa’s collective GDP was already more than $1.5 trillion four years ago. With continuing rapid urbanisation, by 2030 that figure will account for the combined spending power of Africa’s top 18 cities alone and will ignore the major economic drivers such as the energy sector. “Hotels are a good barometer of a region’s rate of economic development or decline, because hotels start going up when there’s travel to sustain them – and most of that travel in Nigeria right now is corporate.”

According to African Economic Outlook (a document co-authored by the African Development Bank, the OECD Development Centre, the United Nations Development Programme and the United Nations Economic Commission for Africa) Nigeria’s growth is projected at 6.9% and 6.6% in 2012 and 2013, respectively, and government is expected to reach its target of getting inflation under 10% in 2013, says Bryer.

There are a number of countries such as Nigeria, Zambia, Uganda and Angola that are bucking the currently gloomy global economic outlook. “Africa’s traditional trading partners have been changing rapidly in recent years, and this is spurring unprecedented growth in regions that for many years have had relatively dormant economies.”

Hospitality groups would be foolish not to be viewing this economic development as grounds for expansion and researching which areas of the continent are drawing the largest percentage of commercial travel, he says.

This article was first published in Africa Real Estate magazine