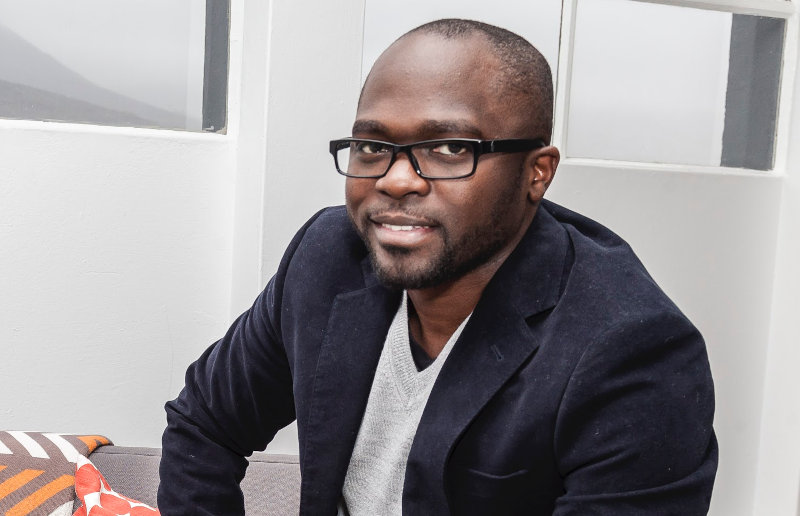 In June 2020, MFS Africa acquired African digital payments platform Beyonic. The deal marked the end of another chapter for Ugandan-born entrepreneur Luke Kyohere, who has been building Beyonic for 15 years. Here is the story of how Kyohere grew Beyonic from a side-hustle into a respectable business.

In 2005, Luke Kyohere was employed as a software engineer at One2net, an internet service provider in Uganda’s capital Kampala. He spent most of his time after hours honing his skills and working on a variety of technology-related business ideas.

Kyohere got wind of the fact that mobile network operators in Uganda – such as MTN and Celtel (currently Airtel) – wanted to replace airtime scratch cards with a digital system. To load prepaid airtime, customers purchased recharge cards and scratched off a strip of foil to reveal a number to be entered into their phones. These cards were a logistical nightmare for mobile operators: they were costly to transport and often stolen in transit. Airtime resellers were encouraged to use a digital system.

The company soon ventured into several other telecoms-related software initiatives. One of its most successful products was a real-time mobile-to-television platform, which was spun out as a stand-alone company called BeMobile. Using the BeMobile platform, television broadcasters could, for instance, conduct SMS polls during a programme and display the results live on screen, complete with dynamic graphs and charts. “At the time it was a novel idea, nobody was doing anything like it. We sold it across East Africa to various media houses and other organisations with a need for dynamic content,” Kyohere notes.

In 2010, BeMobile was acquired by a Middle Eastern outfit. Kyohere describes the money he received from the sale as “okay, but nothing huge”. “It made the effort of the previous five years worth it and it set me up for the next thing. But it wasn’t buy-a-boat money.”

During most of this time, Kyohere continued his day job as a software engineer for various firms. Beyonic didn’t yet generate enough revenue for him to resign. However, at times, assistants and tech support staff took care of the day-to-day requirements. He managed to attract a small investment but the company was largely funded out of his pocket. While Kyohere had to bootstrap because few investors were backing Ugandan tech ventures at the time, he says it was not ideal to split up his time. “People can focus on only a small number of things. The best chance of success for anything is if you give it as much of your attention as possible.”

Following the sale of BeMobile, Kyohere was accepted to study a postgraduate technology commercialisation course at McCombs School of Business in Austin, Texas.

“I needed the change and the chance to expand my network. Beyonic could have hobbled along for a while but it wasn’t going to propel itself to the next level unless something drastic changed. For me, that change was grad school and having a fresh set of eyes on this,” he explains.

It was here where Kyohere met American Dan Kleinbaum, who became interested in what he was doing and decided to join Beyonic. The two worked together on a class project to figure out a business model around the fast-growing mobile money industry in Africa. In 2007, Kenyan mobile operator Safaricom launched its revolutionary M-Pesa mobile money platform which, for the first time, allowed subscribers to transfer money between one another, and deposit and withdraw cash through a network of agents. MTN Mobile Money was unveiled a few years later.

In 2013, the duo relaunched Beyonic as a business-to-business mobile money payment platform, scrapping all its other products.

Initially, they targeted non-profit organisations operating in Africa, an industry that disbursed significant amounts of cash to end beneficiaries. It was expensive and risky to distribute cash to rural areas. Kyohere recalls an incident where one NGO in Uganda paid in the region of $10,000 to charter a helicopter to move cash to a rural region. “They just assumed this was the cost of doing business.”

To build this system, Beyonic had to negotiate individual agreements with each of the mobile network operators in every East African country, a time-consuming process. “There was no shortcut because there was no platform at the time that connected to multiple telcos,” Kyohere says.

Towards the end of 2013, Beyonic signed up education non-profit Educate as its first client. Educate was making cash payments to its recruitment staff and other beneficiaries in the field. Every two weeks, field officers and recruiters had to return to the main office in Kampala to get paid and receive the money needed for project efforts for the next two weeks. As a result of Beyonic’s solution, Educate could pay its people directly via mobile money, enabling them to remain in the field and devote more time and energy to their projects.

Although Beyonic’s platform was fully targeted at users in Africa, the two founders based themselves in Washington DC, where many international non-profits – their clients at the time – had a presence. They also wanted to raise additional investment which Kyohere figured would be easier to do in the US. “I ran businesses in Uganda and I knew fundraising was probably going to be simpler this side,” he says. There were staff members in East Africa (22 by June 2020) but Kyohere and Kleinbaum spent about 40% of their time on the continent.

After signing up several non-profits, Beyonic broadened its focus to other organisations that had a demand to pay or collect cash via mobile money. New clients included hospitals that paid multiple staff members, to micro-insurance companies that collected small monthly premiums.

To finance its growth, Beyonic attracted external investment. It received a grant from the University of Texas and won some business plan competitions. At the end of 2014, the group raised about $300,000 from a group of Washington DC based venture capitalists. And in 2016, the company participated in a three-month Techstars accelerator programme in Cape Town, which included investment. Later that year, Beyonic was set to raise a sizeable funding round led by a prominent pan-African banking group. Multiple other investors were lined up on the back of the bank’s participation; however, due to internal restructuring at the bank, it was no longer able to invest and the entire fundraising round fell through.

After spending a few unsuccessful months trying to salvage the previous investment round, Beyonic opted to become profitable rather than relying on outside funding (all in all, Beyonic raised slightly less than $1 million in the period from 2013). “We cut fat in different places, signed up as many clients as we could, and hit profitability in late 2018,” Kyohere notes. Later that year, Beyonic appointed Carina Rumberger as its first external CEO.

Kyohere acknowledges there were tough times over the period from 2013, particularly between fundraising rounds when cash reserves were running out and new investors took their time to commit. A couple of times, they had to make difficult decisions to let people go and take pay cuts.

Beyonic started talking to MFS Africa in terms of working together in 2019. While there are similarities between the two companies’ businesses, MFS’ focus is on moving funds from outside Africa into the continent and enabling the transfer of funds between mobile money platforms. For instance, MFS’ platform allows the transfer of funds between an MTN mobile money account in Uganda to a Safaricom M-Pesa account in Kenya.

Kyohere’s discussions with MFS Africa CEO Dare Okoudjou ultimately resulted in MFS Africa acquiring 100% of Beyonic in June 2020. The majority of Beyonic’s investors made more than seven times their initial investment; the return for some early backers was as high as 20 times.

Kyohere jokes that he often fantasised about taking a break from his 15-year grind after selling his company. Yet, this didn’t pan out as he was asked to stay on as chief product officer of MFS Africa and is as busy as ever.

“I’m not sitting on a beach somewhere,” he quips.