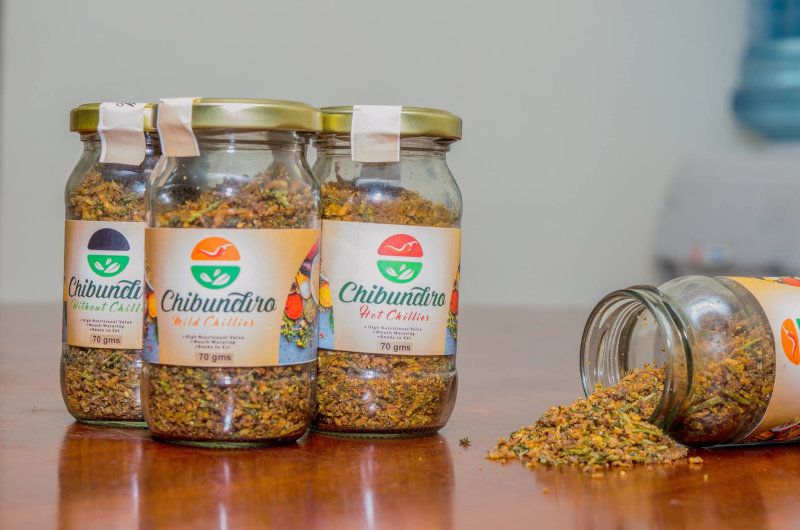 As a teenager, Anzazi Kiti attended boarding school on the Kenyan coast, near Mombasa. She immediately missed the taste of her mother’s cooking. While on breaks at home, she would create a seasoning mix from natural ingredients that could replicate the taste when added to the food dished up at school. Her younger sister was her first customer, who also wanted to spice up boarding school life.

At the time, the shelf life of the seasoning was not long enough to last the whole term. Once Kiti was at university, she began testing the mix and recipe in different laboratories, until it was perfected, pushing the shelf life to three years. She called her seasoning – a mixture of natural herbs and spices, pre-cooked and then dried – Chibundiro; a word used by the local Chonyi community that means pestle and mortar. The mix consists of coriander, ginger, cinnamon, garlic, onions, cumin seeds, cardamom, black pepper, cloves and natural oils.

Kiti’s client base continued to grow and in her final year at university, she pitched her business idea as part of a competition on campus and received KSh 4,800 (about $44) to process her first official batch.

Even though her passion for cooking and entrepreneurship was evident, Kiti continued to qualify as an auditor and worked for two of the big four professional services firms; at Deloitte as a forensic auditor and Ernst & Young as a senior risk and forensic consultant. Her colleagues enjoyed her side-line product and she officially registered Taste Afrique Kenya Limited and the brand Chibundiro in 2014 and obtained the relevant food safety certifications.

While still working at her day job, she processed the vegetables and spices manually in her kitchen in Nairobi. Then, in 2016, Taste Afrique won the second prize of $2,000 in a regional competition focused on innovation in the agribusiness sector. At around the same time, her colleague who helped manage the business left. “When she quit, I realised I had to go full-time,” Kiti says.

By the time she decided to focus solely on Taste Afrique, the company was producing around 40 jars per day. “We were still mostly selling to colleagues, friends and family, making an annual turnover of around $9,000,” she recalls.

As the product was completely new, market penetration proved difficult. Once people tasted it, most became return customers but the company needed to find ways to increase awareness on a tight budget.

The company used social media from 2017 to promote the products, taking orders by telephone. Kiti recruited friends to act as agents and sell to people in their network and a lot of time was spent knocking on the doors of supermarkets to get them to stock Chibundiro.

“It wasn’t easy to get into the supermarket chains. We just had to visit them again and again to convince them. It is the most difficult aspect when you introduce a new product; it is tough to convince people to try it if they have never seen it advertised. Even the supermarkets would ask us to advertise first.” 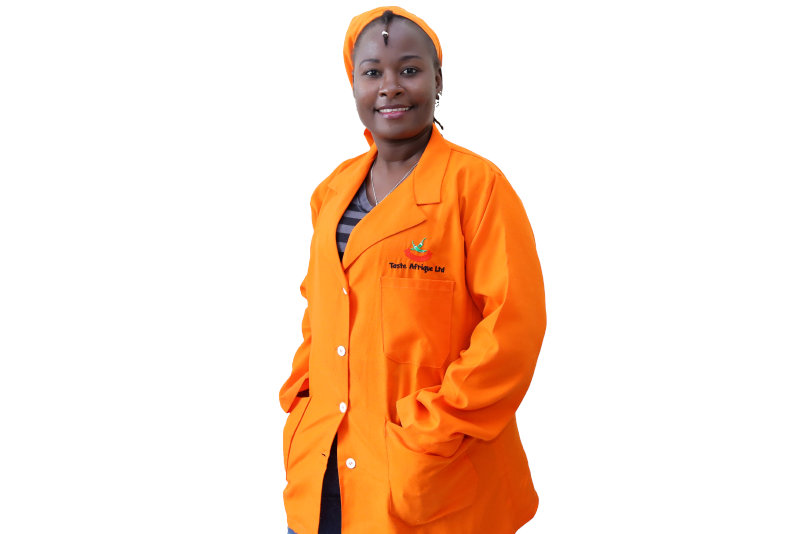 Finally, after long negotiations, Taste Afrique managed to get its three flavours of Chibundiro – without chillies, mild chillies and hot chillies – onto the shelves of Kenya’s Chandarana Foodplus supermarkets.

The company took part in exhibitions, shows and congresses to get its name into the public domain. Slowly its profile grew and one after the other, Kenyan supermarket chains such as EastMatt, Cleanshelf, Naivas, Tuskys and Chieni agreed to stock the product line.

It was clear some of the processing would have to be automated to meet the increase in demand. In 2018, with her own money and additional funds from her two sisters who are shareholders in the company, Kiti purchased processing equipment from China.

The company added three more products to its line-up: Siri ya Pilau (a pilau rice spice), Siri ya Chai (a spice mix for tea), and Siri ya Mchuzi (a curry masala).

At the same time, Kiti’s sister, Gift – who studied and lives in the US – started paving the way for exports. “She was a student in the US and was able to look for agents and distributors. She was also selling directly to customers and approached various outlets to gauge their interest,” explains Kiti.

Today, with a total of 12 employees, the company exports to the US, the UK and Slovakia, receiving orders from agents in these countries and sending consignments of around 200 to 600 units each month. The product can also be found on other online retailers such as Amazon.com and Mamasimon.com.

Locally, 80% of its sales are achieved through supermarket stockists and 20% from its online e-commerce store. “When Covid-19 hit, we made more direct sales through the online store as many people wanted delivery to their homes. We would use our delivery bike and occasionally Uber drivers.”

One of the challenges linked to supplying to the larger supermarkets is the cash flow impact of their payment terms. “The longest we have waited for payment is 120 days,” says Kiti. “You have to keep supplying while waiting for payment. Sometimes they also don’t keep their word on when they are going to make payment.”

Taste Afrique also suffered a financial loss when the one supermarket chain it was supplying, Tuskys, ran into trouble with debt and started closing branches in 2020.

Currently, Taste Afrique sources its vegetables and spices from nine smallholder farmers from across the country. With some of these farmers the company has contractual agreements, with others it is a verbal arrangement, Kiti admits.

“The goal is to become a household name in Kenya. We need to raise more funding to automate our processes to push up capacity and include more farmers in our supply chain.”

In five years, Kiti wants to expand to other countries, possibly through a franchise model.