Anyone who has travelled in Africa for business will know that it is not a cheap exercise. Intra-African flights are generally expensive and once you’ve arrived at your destination, you still need to fork out a substantial amount of money for a decent hotel room. 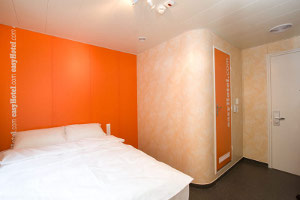 UK-based African diversified investment company Lonrho has identified a gap in the market for low-cost accommodation. Business travellers will soon be able to stay in a “good quality standard hotel room” for as little as US$29 per night.

Under a franchise agreement with Sir Stelios Haji-Ioannou’s easyGroup, Lonrho will launch the easyHotel.com brand in Africa. The first hotel is set to open in Johannesburg, South Africa before the end of the year. Lonrho plans to launch fifty hotels across the continent by 2016.

“In our travels and business around Africa … we just see a chronic demand for a really good international standard, high quality budget hotel chain that focuses on business travellers within Africa,” said David Lenigas, executive chairman of Lonrho, in a telephonic interview from London with How we made it in Africa.

easyHotel currently operates hotels across Europe and the Middle East. Its no-frills rooms are generally quite small and toiletries (except soap and shampoo) are not supplied. The use of the television and housekeeping is at an extra charge. Rates vary based on how early the booking is made and how much demand there is for a particular date.

Lonrho already owns budget airline Fly540, which operates routes in east Africa, Angola and Ghana. Under the new plans Fly540 will, however, be rebranded as FastJet.com.

“easyGroup knows how to build a big, large, low-cost empire, they have done it before. To take [Fly540] to the next phase we thought we would partner with Sir Stelios and his expertise and his team of people,” said Lenigas.

“There is a spreading demand in Africa for a large, low-cost airline. You’ve got a billion people in Africa, all of whom are becoming upwardly mobile. The road infrastructure doesn’t work yet, [but] the airports are gradually being upgraded. The whole FastJet model … will give the same sort of benefits to travellers in Africa on the basis that you will be able to book cheap flights if you book early enough,” he explained.

But if Fly540 is already an established brand on the continent, why rebrand to FastJet? “The Sir Stelios team has probably one of the best reputations in the world for rolling out a brand, and FastJet is a good brand name,” said Lenigas. He added that Fly540 is not a “globally recognisable type brand, so that is why we are changing it to FastJet”.

Lonrho sees west Africa as a potentially lucrative market for FastJet, but according to Lenigas the plan is to eventually operate routes throughout the continent.

Lenigas didn’t want to comment on when FastJet will commence operations.

According to Lenigas, the general public perception about Africa is at least ten years behind the reality on the ground. “Not many people in the world actually bother to go to Africa, so what they understand about Africa is what they read in the press … And all you ever see on the news and CNN is tragedy, hunger, starving, and sorrow in Africa.”

“Seven of the ten fastest growing economies in the world are now in Africa … It is really the last investment frontier in the world.”