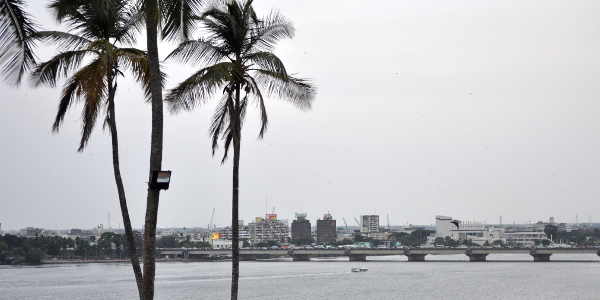 Sub-Saharan Africa is expected to post a 3% GDP growth rate this year, according to the latest estimates by the International Monetary Fund (IMF) – marking a decline from the 5–7% range recorded over the past 10 years. However, it is not all doom and gloom. We take a look at six countries anticipated to grow by 6% or higher this year.

After nearly a decade of stagnation and political instability that climaxed with the 2010/2011 post-election crisis, Côte d’Ivoire has bounced back to relative peace and an economic boom. The largest economy in French-speaking West Africa has made significant improvements to its infrastructure, recorded increased business activity and attracted multinationals such as fast-food chain Burger King and French retailers Carrefour and Fnac.

Economic growth in 2016 is expected to benefit from greater investment in basic infrastructure, housing and the agro-business industry (cocoa, rice and cashew nut processing).

On the flip side, Côte d’Ivoire still faces some risks: adverse weather could reduce agricultural output and there is the potential unavailability of financing from international capital markets owing to volatile global financial conditions.

Hurdles to overcome include under-developed infrastructure, limited agricultural productivity and value addition, and the task of managing urbanisation.

“Modernising agriculture, which employs a large share of the population, would raise rural incomes and contribute to poverty reduction. It would also free labour resources for other sectors of the economy and could foster the development of certain industries, such as food processing. Improving the business environment is also a priority; this includes… improving access to land and finance,” the IMF advised in a statement issued in March this year.

In 2015, Senegal was the second-fastest growing economy in West Africa, behind Côte d’Ivoire. The World Bank attributed its 6.5% growth – the highest since 2003 – to public investment, lower energy and transport prices, as well as good performances in the services, chemical, construction and agricultural sectors.

The World Bank advises that there is a need for more investment in horticulture, mining, telecommunications and manufacturing.

Abdoulaye Thiam, country manager of DHL Express in Senegal, is excited by the potential of agriculture. “If you told me you have five million euros to invest, I would say ‘Come, let’s go to the north of the country and put it into agriculture’,” said Thiam.

Continuing on a trajectory witnessed in the years following the 1994 genocide, Rwanda anticipates a 6.3% GDP increase this year. Last year, activity in agriculture, construction, and services played key roles in economic growth.

Of concern, however, is the declining demand in export markets and fluctuations in aid flows. The local private sector is also largely informal.

“In Rwanda, we still have challenges of inadequate electricity and infrastructure, but several initiatives by the government and private sector are already in place to address them. In the coming few years, Rwanda is set to become a hub for most business activities,” commented Julie Mutoni, country manager for DHL Express Rwanda.

Improving infrastructure, strong consumer demand, innovation, growth in the private sector and relative political stability are some of the good things going for Kenya.

Despite this, the World Bank believes Kenya’s goal to become an upper-middle-income country by 2030 to be an ambitious target. It pointed to low productivity in the manufacturing and agriculture sectors, overregulation, corruption, a large informal economy, and constraints in the energy and transport sectors as key hurdles to faster growth.

This southern African nation has enjoyed rapid economic expansion over the past decade, steered partly by public spending and FDI into construction, transport, communications, the financial sector and extractive industries.

According to Dominique Lalous, country manager of DHL Express Mozambique, one of the sectors that holds opportunity for investment is retail – from supermarkets to fashion to SME retail.

Although Mozambique’s economic outlook remains robust, there are concerns that delays in construction of liquefied natural gas (LNG) plants and coal mining projects, as well as continued weak commodity prices could dampen growth.

“Other challenges include a shortage of skilled human resources and an infrastructure deficit – primarily roads and electricity,” noted Lalous.