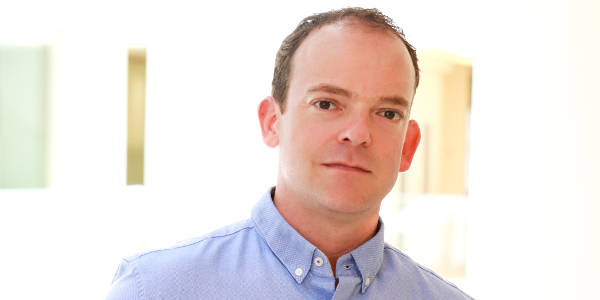 Companies go where the spending power is. The question is, where in South Africa can they find the biggest return on their investment? This pursuit of ROI is occurring in a shaky economic climate that has just seen its worst quarterly decline in economic activity in 10 years (down 3.2% in Q1 2019). In the absence of localised data, businesses have to base their decisions on information that masks sub-national differences. When resources are scarce, as during a recession, possessing community-level context is often the difference between success and failure for companies. With new technology, it’s now possible to find concentrations of target consumers and understand specific community dynamics before making big bets.

With granular data, not only can Johannesburg be compared to Durban and Pretoria, but the relative spending power of the communities that make up these cities can also be understood. Additionally, retail spending can be broken down into more specific categories, such as food and beverages, durable goods, home furnishings, clothing and textiles, and entertainment and sports. These insights add an entirely new dimension to strategic and operational decision making. 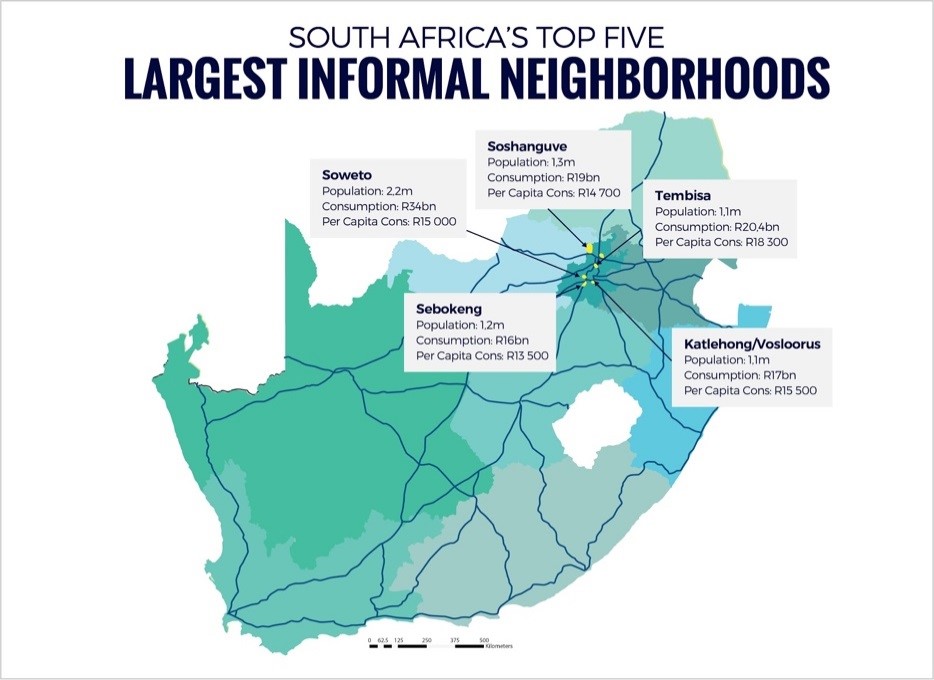 For example, a Fraym analysis of granular retail spending data over the past 10 years identified South Africa’s largest, richest and fastest-growing informal retail markets. All are traditional township settlements, with the vast majority clustered in economically potent Gauteng. While Soweto tops with a population of 2.2 million and R34 billion ($2.4 billion) in consumption, smaller Tembisa displays significantly higher per capita consumption of R18,300 ($1,300) per person. 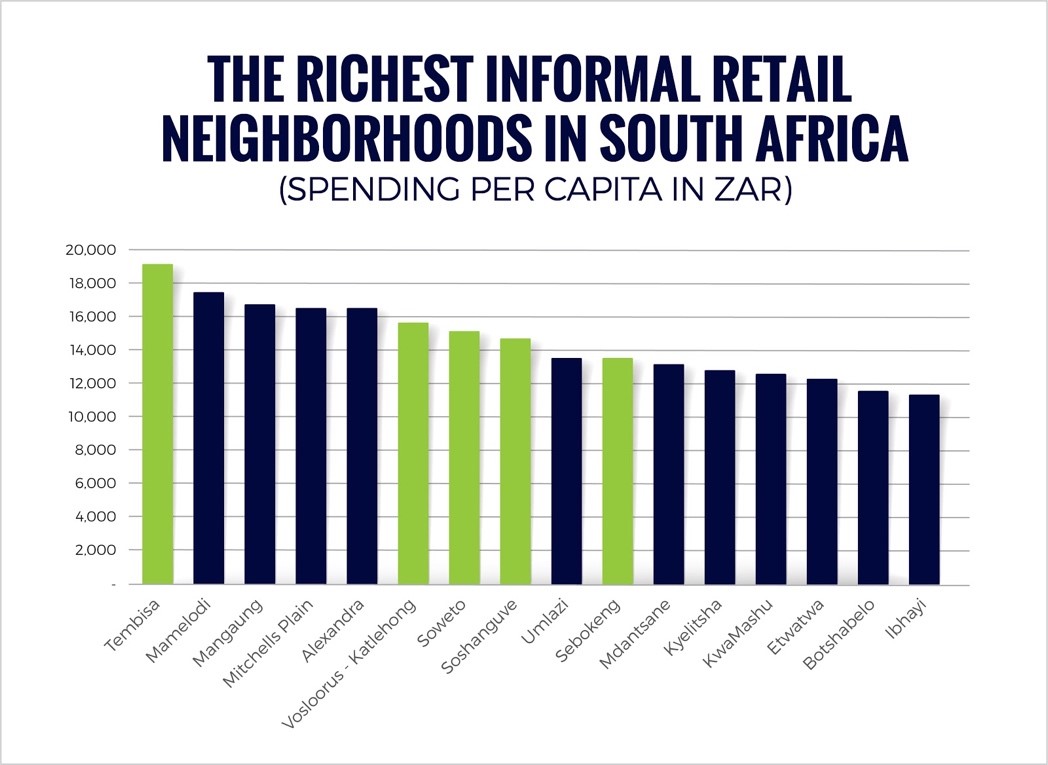 What we see here is less-acknowledged, lesser-known markets growing faster than their big-name counterparts (such as Sandton, Clifton and Umhlanga), which have long received the lion’s share of business interest. Umlazi and Katlehong expel masses of commuters daily to Durban and Johannesburg’s East Rand for employment – these locations are now vibrant economic hubs, combining a wide variety of formal and informal activity within their boundaries. Given the importance of bandwidth to business today, an excellent indicator of this shift is Soweto’s status as the first South African township to receive fibre connectivity as of May this year, and Vumatel’s planned 100Mbps township project, which pilots in Alexandra.

There is much to gain by establishing a first-mover advantage in these promising retail markets for all companies. At the current growth rate, by 2022, Soweto will have more than doubled its consumption, with Tembisa performing similarly. Meanwhile, Vosloorus-Katlehong is poised to overtake Soshanguve as the third largest retail market in South Africa. 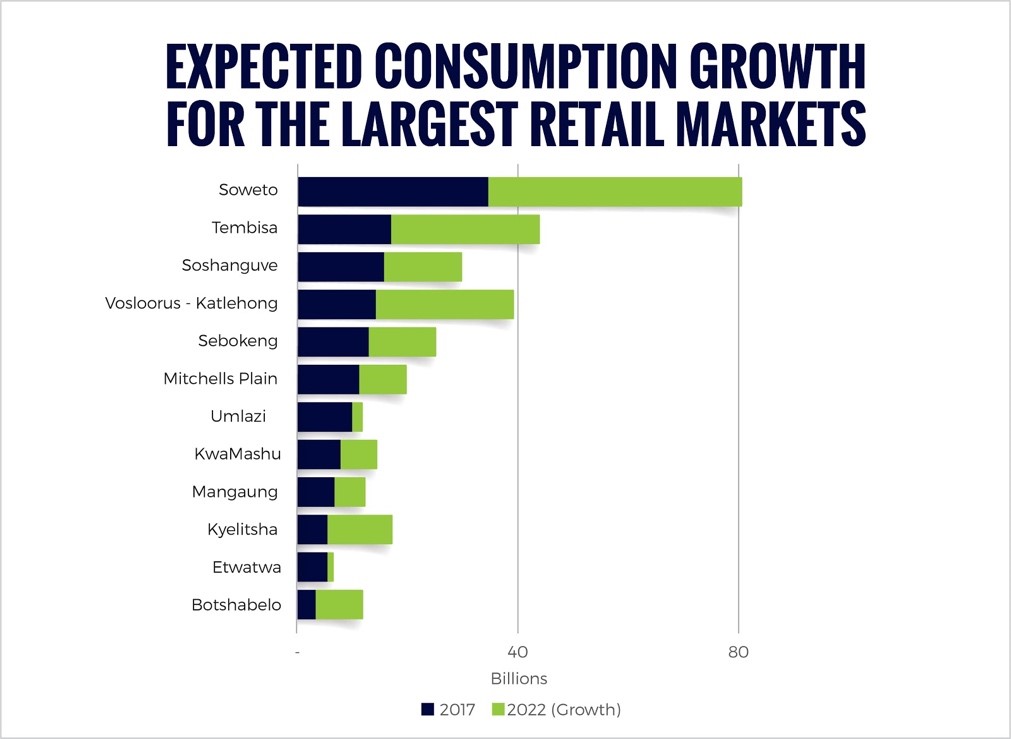 The importance of location nuance

Whether familiar with South African townships or not, a glance today reveals these centres to be diverse, eclectic environments, combining shacks and spaza shops with malls, car dealerships, mansions and everything in between. They are not homogenous spaces, internally nor when compared to other similar locations across the country.

The challenge for retail businesses then is to pinpoint the exact in-township location of the consumer they wish to target, thereby optimising brand campaigns, new store openings, distribution networks and product launches.

One solution for identifying promising sites for sales and advertising in diverse environments is geospatial data analytics. By layering survey information and other data sets with satellite imagery, and then applying machine learning algorithms to the layers, it becomes possible to produce area-specific, relevant insights that penetrate much deeper than generalised consumer trends.

More importantly, the geospatial element central to this market analysis approach produces hyper-local insights. Zooming in, consumer hotspots can be identified down to 1km2 increments. This helps to pinpoint popular areas in otherwise unpromising neighbourhoods. It also allows companies to evaluate specific site locations for their proximity to potential customers and competitors.

With the R1-trillion ($70.5 billion) South African retail market acknowledged as oversaturated, a complete picture is necessary for companies to successfully push into new markets and find their space in crowded spheres. As South Africa advances into Q3 2019 and the country starts shaking itself free of pre-election paralysis, the markets are there. A data-centred expansion strategy clears away the confusion, though, making it possible to push into new markets while minimising risk – and ensuring organisations are ready when potential translates into demand.