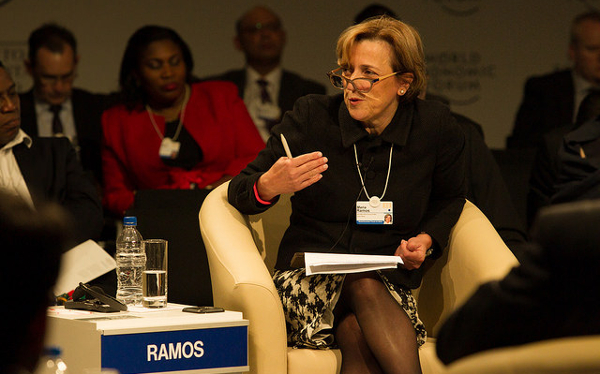 While the World Bank estimates that sub-Saharan Africa needs to spend about US$93bn annually on infrastructure, this is often talked about in terms of roads, ports and railways. But equally important is investment in Africa’s financial infrastructure.

This was expressed by Maria Ramos, CEO of Barclays Africa Group, at the World Economic Forum on Africa in Cape Town yesterday.

She noted the continent’s capital markets have made a number of important strides over the last decade. For example, the upward trend in bond issuances stands as a good indicator of economic growth.

“In 2014 new issuances came from Zambia, Kenya, Cote d’Ivoire, South Africa, Senegal, Ethiopia, and Ghana. Collectively these countries raised just over US$7bn, with yields on par with some of the southern European countries.

“And if someone had said to me when I was director general of South Africa’s National Treasury, just over 10 years ago, that this would happen, I would have said it is not likely. Well it has happened… and one particular perspective I certainly have is that this will accelerate over the next 10 years.”

Another step has been Africa’s inclusion in global emerging market debt indices. “In 2008 there were just five countries included in the dollar index, representing some $5.6bn of issuance. This has grown to $36bn with 15 issuers. That is interesting and important.”

Although African capital markets are attracting growing interest, activity still remains subdued. Ramos highlighted some ways they can be deepened and broadened:

More needs to be done to grow domestic pension funds and the mutual finance sector.

“Growth in these sectors – and there are already a number of initiatives through pension reform, changes in tax incentives for savers – can allow and create better markets and deepen the markets,” she highlighted.

Allowing for inward listings of debt instruments in both local and foreign currencies is one way of creating more liquidity in markets, said Ramos.

“If you think about the non-bank financial institution asset base in South Africa, it’s about R8.5tr (about $680bn)… bank assets are about R5tr ($400bn). If you think about the potential of that and the liquidity in that, you begin to get a sense of how so much more can actually be done.”

Trading systems are outdated and inefficient in many African countries, which Ramos said raises costs. “And although there is a lot of reform underway, accelerating that reform is very important.”

She added there needs to be more countries such as Ghana who are introducing alternative markets to service SMEs and start-ups. “We need to see a bit more of that, particularly in a world where we are starting to see technology, innovation and a lot more creativity. Raising capital for that is going to be important.”

However, Ramos added that without the right macro-economic policies in place, development of these markets in Africa cannot be sustained.

“I think we are starting to see some more build-up of fiscal pressure in some countries and we need to make sure that it does not create macro-economic instability, and actually hinder the progress and development of domestic capital markets.”