Twelve months ago financing agriculture in Zambia was not seen as a core offering of Standard Bank (trading as Stanbic Bank Zambia) and not much attention was paid to it. But with agriculture being the second biggest contributor to Zambia’s GDP (20.9%), the bank identified an opportunity and made a decision to change its focus. 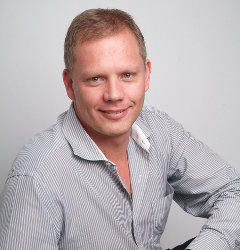 In December 2009 an agricultural unit was set up and in February 2010 Stanbic officially launched its agricultural offering to the market.

According to a company press release, Stanbic researched what other banks were offering in the agriculture space, and brought to the market four key differentiated offerings.

Firstly, many farmers plant a winter and a summer crop but existing banks playing in the agricultural space would only extend finance for the winter crop, once finance for the summer crop had been repaid and vice versa. However, due to the overlap in timing the situation on the ground was that one crop needed to be planted whilst the other crop was being harvested. This had the result that planting dates were delayed due to the lack of available finance for the next planting season. Stanbic has addressed this by structuring the finance offering to allow farmers who are in the process of harvesting one crop to access finance for the next season’s crop prior to repayment of the initial loan.

Secondly, agriculture is a long term business, but financial institutions in Zambia were only offering 3-5 year term loans which immediately placed farmer’s cash flow under severe pressure. Buying a farm or acquiring additional land by repaying it over a 3 to 5 years period makes land purchase and land expansions almost impossible, other than where large amounts of cash are readily available. Through structured finance, Stanbic is able to offer the agricultural market loans of up to 10 years which allows farmers to spread costs over a longer period of time, in line with the long term nature of the business and the assets acquired.

Thirdly, banks were advancing loans to farmers on the same principle as for any retail or corporate business, known as balance sheet lending. However, Stanbic works on the concept of determining the productive value of a farm which forms the basis for advancing any lending to farming customers.

The fourth differential in Stanbic’s offering is the fact that the agricultural relationship managers are located in the respective farming blocks which improves their availability to farmers on a 24/7 basis. They are able to attend to farmers needs efficiently and proactively which does not always occur if they are located in a centralised location such as Lusaka. All of this is complimented by the fact that Stanbic is making it an objective to improve on credit turn around time and to introduce farmers to the decision makers in the bank through various customer interventions.

“We have first listened to the needs of our farming customers and then provided them with financial solutions that suit those needs,” says Nelus Agenbach, director personal and business banking in Zambia. “We have made a significant difference in the way we lend and present our agricultural offering and the market has welcomed the change.”

Jacques Taylor, director for agricultural banking says, “Agriculture is a significant contributor to Africa’s GDP and is core to Standard Bank’s business in Africa. Understanding the local markets and customer needs are important to allow the bank to offer an agricultural solution that is tailored for a business’ needs.”