Advisors have finished analysing bids received for four of Nigeria’s troubled banks. Analysis of bids for the five remaining banks is expected to be concluded by the end of the month. 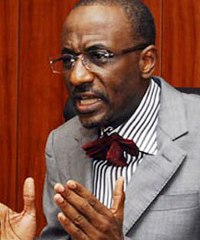 Central Bank of Nigeria (CBN) Governor, Lamido Sanusi, disclosed this during an interview with CNBC Africa on Monday.

“We are going to have presentations to the boards of those banks . . . They will decide if those bids are acceptable and . . . which ones are the preferred bidders . . . Subject to no objection from the CBN, the Ministry of Finance and SEC, they will proceed with negotiations,” he said.

In 2009 an audit of Nigeria’s entire banking sector found nine banks in a “grave situation” with a high percentage of non-performing loans on their books and poor risk management and corporate governance structures in place. A tenth bank was adjudged to have insufficient capital but in a healthy liquidity position.

Sanusi said that he doesn’t think the consolidation of the banking sector would lead to monopolies in the system. “I suppose from the very beginning I had said that as a regulator the concept of ‘too big to fail’ is something one cannot ignore. When there is a bid and we look at what the institution is going to be in the event of a successful bid, we got to think of implications of that for systemic stability.

“At the moment what is important is to get the bids in, to get the interest in. I have not seen anything that suggests that we are going to have any kind of excessive concentrations as a result of this consolidation. What we have are mainly medium-sized banks trying to go into game changing mode. There are one or two big banks, but I don’t think they are looking for the largest of the institutions,” Sanusi said.

He added that the banking sector has changed over the past year and that there has been a redistribution of resources.