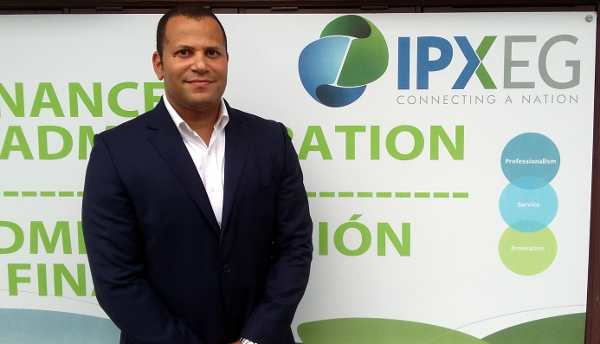 When American-born Paul Jones flew to the Central African country of Gabon a decade ago, he didn’t know the trip would lead to him running a telecommunications company in Equatorial Guinea.

At that stage Jones worked in finance in the US. One of his clients – a communications company that had operations in Gabon – invited him to Africa to better understand their business. One thing led to another, and eventually Jones started working for them as the commercial director for Africa.

In addition to Gabon, the company was active in the Congo and Equatorial Guinea. Jones was especially bullish about the potential in Equatorial Guinea, even though the business had only a small presence there.

Over time, Jones and the company owner started to develop differences about the direction the business should take. This culminated in Jones and a local partner buying out the US company’s stake in Equatorial Guinea. And in 2011 they relaunched as IPX EG.

Jones completely overhauled the business, and has since grown it from 10 employees, to over 70 today. IPX EG provides internet connectivity as well as services such as video conferencing, surveillance systems and door access control systems to clients throughout Equatorial Guinea.

Despite parting ways with his former boss, Jones still credits him for having had a significant impact on his business career. “He is the one who showed me the opportunities that were here in Africa, and through him I learned what works and what doesn’t work here,” says Jones.

Capitalising on the fibre opportunity

In December 2012 Equatorial Guinea was connected to the ACE (Africa Coast to Europe) submarine fibre-optic cable. This was a game changer. Prior to ACE the only way to access the internet was through satellite technology. Although bandwidth remains relatively expensive, prices dropped roughly 400% with the arrival of fibre.

Jones explains that, “A lot of the companies were so bandwidth-deprived before fibre came, they were pretty much limited to what they could and couldn’t achieve.”

IPX EG pounced on the fibre opportunity and started marketing it to clients even before the undersea cable was connected. “We took a big risk in selling fibre contracts to companies ahead of the actual implementation,” says Jones. “We had to do a lot of relationship building to get people comfortable that fibre was actually going to work. But over time they started to believe in the technology and that we can deliver on our promises. That really put us ahead of the game in terms of fibre.”

Equatorial Guinea is sub-Saharan Africa’s third-largest oil producer and is heavily dependent on the industry. However, oil producers and service providers have taken a knock with the drop in the price of crude – from over US$100 a barrel two years ago, to less than $50 at current levels.

Although oil and gas companies account for a large chunk of IPX EG’s client base, Jones says that in small African countries such as Equatorial Guinea, it’s important to be well-diversified in both the solutions that companies offer and the sectors it sells them to. IPX EG’s customer base includes corporate, government and residential clients.

Jones adds that it is also vital to be entrenched in the local ecosystem and ensure a business’s operations adds value to the economy. He says, “In Equatorial Guinea I’ve seen a lot of companies come and go – especially with the last economic downturn. You really have to count on the support of your local community. So integrate yourself into the ecosystem, stay committed to what you do, and try to really help your technicians and engineers improve their skills. If you do that then people will see the positive impact of what you are doing, and it results in a lot of goodwill. It carries you though the good and bad times.”

Jones, who lived in China in the late 1990s, says there are similarities between the Asian superpower then, and Africa today. He sees potential for introducing numerous new products and solutions to the market. “Africa is the final frontier – this is this last place on the face of the earth where you are going to see these kinds of opportunities,” he says.

However, foreign companies seeking success on the continent need to ensure they are offering solutions relevant to the local environment.

“IPX EG understands the local market, but we also understand the new technologies that are out there. We bring these together to deliver a superior solution for the client.”

Though Jones has an MBA, he says business skills are developed on the job, not in the classroom.

He adds that, “First you have to understand what is really important to your customer. Then you have to ensure you have a solution that will have a positive impact on your customer, and communicate that benefit to them. That is what’s going to make you successful anywhere.”

Despite the company’s achievements, IPX EG has faced many hurdles over the years. Jones says “grit and persistence” are required to succeed in the face of challenges.

“The guy who is going to make it is the one who sticks in there, who doesn’t take ‘no’ for an answer, and who goes down the unbeaten trail.”