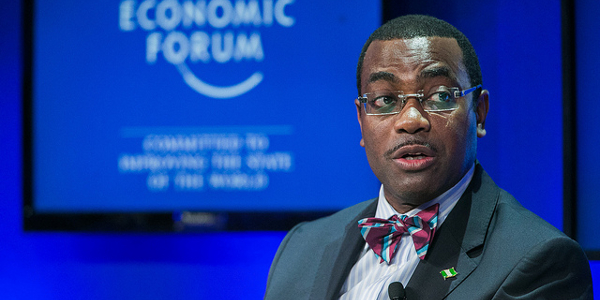 I was recently appointed president of the African Development Bank. A development bank is not necessarily an intuitive concept; most banks don’t exist to serve explicitly social purposes. But what defines a bank is the way it conducts business, whatever that business may be.

One way to treat agriculture like a business is to get the private sector more involved in it. When I was Nigeria’s minister of agriculture, the most important thing I had to understand was that government can’t create agricultural transformation; it can only enable it by making more room for businesses to intervene. We could do this by putting the right policies and regulations in place, by creating strong institutions, and by building sufficient infrastructure. But there is not much else government can do with a reasonable measure of efficiency. Agricultural transformation has to be led by the private sector.

The problem in Nigeria was that the private sector was largely non-existent in agriculture. Take fertiliser and seeds. For 40 years, the federal government had been procuring these inputs and filtering them down through layers and layers of state and local governments until, in theory, they got to the smallholder farmers who needed them. Except the theory rarely played out in practice. Our data indicated that only 11% of the fertiliser procured by the government got to farmers in the end. Since the seeds also rarely got to where they were going, some suppliers started selling the government grain instead – counterfeit seed. In fact, the system existed to serve the rent-seekers attached to it, not the smallholders who were supposed to benefit from it.

With corruption and inefficiency like this, it wasn’t hard to explain why a country with 84 million hectares imported almost all of its food. We decided to try to replace government-run agriculture with a set of small and medium enterprises that ran the gamut from providing inputs to smallholder farmers to transporting, processing, and selling food. These businesses would bypass government bureaucracies and build supply chains directly into rural communities, generating – we hoped – significant ripple effects.

We dismantled the public procurement system in less than 100 days. Over the next two years, the number of seed companies operating in Nigeria increased from just 11 to more than 100. The new fertiliser market mobilised ₦5bn from private investors over the same span. Major players like Syngenta, which had stopped doing business in Nigeria because of the corruption, re-entered the market. We now have more than 5,000 mom-and-pop shops selling these companies’ products – and providing informal agricultural training – directly to farmers.

I don’t mean to make it sound so simple. Merely removing the government from the fertiliser and seed business doesn’t guarantee that the private sector will step into the breach. We needed to demonstrate that there was a market opportunity – that farmers wanted to buy these products. But without a ready supply, it was challenging for farmers to express their demand. It was a classic bootstrapping problem.

On the demand side, the key was making fertiliser and seeds affordable enough for smallholders to try. So we instituted a 50% subsidy, with the idea that farmers would fund more and more of their purchases over time. Subsidies are not new or radical, but we innovated by creating a new and radical delivery mechanism: the eWallet program. We knew that there were 130 or 140 million mobile phones in Nigeria, so phones seemed like the most efficient way to reach millions of farmers. As a side benefit, the eWallet program helped us make contact with farmers, which not only gave us more information about the population we meant to serve but also gave them a means to communicate back to us over time. Yes, eWallet was about delivering fertiliser and seed vouchers, but it was also about building a platform for interacting with millions of once-inaccessible smallholders in the future. Recently, we started using the eWallet platform to deliver other benefits, including vouchers for nutritional supplements.

Some critics said we were crazy for using mobile phones to try to transact business with people who could barely read or write. But we knew that they were already using their phones to arrange for remittances from relatives in the cities, which told us that they trusted mobile communication more than most government institutions. Our priority was to make sure that the mobile phone interface is translated into local languages. Now, eWallet has 15 million subscribers. I am especially proud of the fact that several million of those subscribers are women farmers, who have historically been neglected by agricultural programmes.

The eWallet program helped with demand. If farmers were going to start purchasing fertiliser and seed in large numbers, though, we needed to make sure the fertiliser and seed was available, so it was critical to address the supply side, too. The problem was the lack of capital for agricultural start-ups; the solution we hit upon was easier credit. The ministry of agriculture collaborated with the Central Bank of Nigeria to create a new initiative to share risk with banks and encourage them to make more loans to agricultural businesses. With a little more assurance, banks have increased their lending to the agriculture sector from roughly ₦10bn annually to in excess of ₦40bn.

I recount this history from Nigeria because it demonstrates four key principles that are guiding me as I take on my new role at the African Development Bank. First, smallholder farmers can be customers. Second, companies are interested in serving them if the conditions are right. Third, mobile phones can facilitate transactions that used to be prohibitively expensive. Fourth, scale. Africa is the fastest-growing continent in the world, with a population that already surpasses one billion. The majority of those people earn their living by farming small plots of land. So any institution that is dedicated to inclusive growth for Africa must stand for reaching all African smallholders.

There have been more successful pilots in agriculture than I can count. Sometimes, I joke that we have too many pilots and not enough planes for them to fly. Beyond pilots, we have the accumulated experiences of more than 50 African countries to draw from. Kenya has taught us how to build a thriving horticulture sector. Ethiopia has taught us how to improve extension. Tanzania succeeded in creating growth corridors. Rwanda figured out land registration and titling. Mozambique and Ghana discovered innovative ways to finance agricultural development. We need to take those lessons and apply them on a grand scale.

The African Development Bank is poised to do this because we have resources and relationships with every country on the continent. Currently, about 8% of the portfolio is in agriculture (I plan to increase that number), but almost everything we do impacts agriculture in one way or another, because we focus on infrastructure investment. Our work to build roads, to provide energy, and to create telecommunications networks will help farmers as much as anyone else as long as we do it properly. We aim to think holistically about our infrastructure investments, so that they form a core of a strategy to link smallholders to the burgeoning formal economy.

The truth, however, is that the African Development Bank is very small relative to the need for investment in African agriculture. Like every business, we need leverage. Building on the lessons I learned in Nigeria, I hope to use our balance sheet to share some of the credit risk of agriculture sector lending across the continent.

Agriculture is seen by banks as a huge risk. It doesn’t have to be. If we use our resources to guarantee some loans and help banks get more comfortable with lending in the sector, then we believe we can unlock the many billions of dollars needed to spur new businesses and help the sector function properly. There is no shortage of entrepreneurs who want to serve farmers’ needs. There is only a shortage of capital. If entrepreneurs have the resources they need, then we can get a lot closer to agriculture as it should be – as a business.

It is easy to forget that the largest private sector group in African agriculture is the smallholder farmers themselves. For decades, farming was viewed as a subsistence activity whose loftiest goal was food security for individual households. But life is about more than having enough food to survive. Farmers want to eat nutritious food that helps them thrive. Beyond food, they want education, health, and housing – comfort and a promising future – and they will invest on those things if given the opportunity.

When I was a boy in a village school, every classroom was full when the harvest was good. But when the rain failed and the crop was meager, families had to pull their children out of school to work. Many classmates who were just as smart as I was had to drop out so their families wouldn’t starve.

Sending children to school when there’s enough food to go around is a business decision, and so, unfortunately, is taking children out of school when their labour is needed to keep the household functioning. If the development sector starts treating agriculture as a business, then the hundreds of millions of small business owners operating farms will have better options from which to choose.

My father, who grew up farming, used to tell me that “agriculture doesn’t pay.” And when farmers have no access to finance, inputs, information, or markets, it doesn’t. But there is so much value inherent in agriculture, and we need to unlock it.

Agriculture can pay. Hundreds of millions of small farmers, thousands of local agribusinesses, and hundreds of seed and food companies will make it pay, as long as the development community and governments are willing to try something new.

Akinwumi Adesina is president of the African Development Bank. This article was originally published in Foreign Affairs.