A few years back I conducted a route-to-market project for a pan-African television network in Zambia. Our project took me to Chipata, the capital of the Eastern Province of Zambia. Chipata has an estimated population of less than a hundred thousand. But in Africa, population estimates don’t always tell the full story. 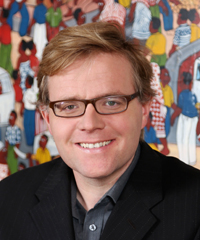 For one, population estimates for many African cities are notoriously bad. The numbers also do not explain a place’s significance. Chipata is on the Malawian border and is a transport and business hub. In 2011 a rail link with Malawi was inaugurated. Chipata also provides an access point to the Indian Ocean deepwater port at Nacala in Mozambique. This provides Zambia with an alternative to the port of Dar es Salaam in Tanzania.

As a manager in the 1990s for a multinational company in Ethiopia, my regional office was shocked when my assessment showed that if we excelled in distribution and went “everywhere”, we would likely only reach 12% of the population. The bulk of the population was not linked to any major road network. During a subsequent charter flight over Ethiopia, our trip revealed that Ethiopians were mostly rural.

Ethiopia has urbanised and developed significantly since the 1990s, as the new roadworks and flurry of construction in Addis Ababa so vividly demonstrate. However, according to IFPRI (International Food Policy Research Institute) in 2007, 38% of the population remains five or more hours away from a city of at least 50,000. This has significantly reduced from the 82% that fell into that category in 1984.

Over a third of Africa’s one billion inhabitants currently live in urban areas, but by 2030 that proportion will likely have risen to 50%, according to a recent report from UN-HABITAT. In the top ten list of urban growth cities is Ibadan (130 km northeast of Lagos), a city most executives would struggle to find on a map. The city is a key transit point between the coastal region (including Lagos) and the northern areas. However, urbanisation numbers remain controversial, and some countries’ data have been revised downwards in the past, for example like in Kenya.

There is, however, no denying the growth of African urban centres. Urbanisation will put additional pressure on African planners and poor infrastructure. While the great commercial centres such as Cairo, Lagos and Nairobi will remain the focus for many organisations, the 2nd and 3rd tier cities provide real growth opportunities and companies should avoid them at their own peril. As the saying goes in emerging markets, if you are waiting for things to be perfect before you enter, it is probably too late.