Luanda in Angola is the world’s most expensive city for expatriates, according to the latest Cost of Living Survey from Mercer. 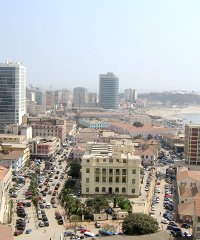 Luanda is the world's most expensive city for expatriates

Tokyo is in second position, with Ndjamena in Chad in third place. Moscow is in fourth position followed by Geneva in fifth while Karachi is ranked as the world’s least expensive city. The survey found that Luanda is three times as costly as Karachi.

The survey covers 214 cities across five continents and measures the comparative cost of over 200 items in each location, including housing, transport, food, clothing, household goods and entertainment.

Currency movements are measured against the US dollar. The cost of housing – often the biggest expense for expats – plays an important part in determining where cities are ranked.

For the first time, the ranking of the world’s top 10 most expensive cities includes three African urban centres: Luanda (1) in Angola, Ndjamena (3) in Chad and Libreville (7) in Gabon.

After Luanda, Ndjamena and Libreville, the region’s most expensive cities are Victoria (13) in the Seychelles, Niamey (23) in Niger and Dakar (32) in Senegal. In South Africa, Johannesburg and Cape Town rank 151 and 171, respectively. At the bottom of the ranking, Addis Ababa (208) in Ethiopia is the cheapest African city followed by Windhoek (205) and Gaborone (203) in Namibia and Botswana, respectively.

“Many people assume that cities in the developing world are cheap but this isn’t necessarily true for expatriates working there. To entice talented staff to these cities, multinationals need to provide the same standard of living and benefits that these employees and their families would experience at home. In some African cities, the cost of this can be extraordinarily high – particularly the cost of good, secure accommodation,” she added.