The number of ultra-high net worth individuals (UHNWIs) – those with at least $30m in assets – in Africa will increase by 59% over the next 10 years, stronger than the 34% projected global growth. 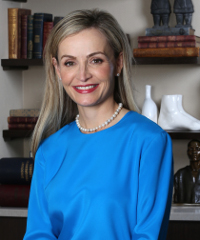 Andrew Shirley, editor of The Wealth Report says “The 2015 edition of The Wealth Report, launched in South Africa by Knight Frank and Standard Bank Wealth and Investment, highlights the increasing influence of global and African wealth flows on prime property and investment markets”.

According to The Wealth Report 2015, it will be a case of the MINT of Mexico, Indonesia, Nigeria and Turkey trumping the BRICS of Brazil, Russia, India, China and South Africa. The average expected uplift for MINT countries is 76% over the next decade, which narrowly defeats the 72% for BRICS nations. The global average is just 34% and the average increase expected across the G8 developed nations is 28%.

Margaret Nienaber, global chief executive of Standard Bank Wealth and Investment says “the market is evolving and we are foreseeing positive future growth in key African countries like Nigeria, which has one of the strongest forecast growth rates in high-net-worth individuals over the coming decade.”

The research findings put the growth of Nigeria’s UHNWIs by 2024 at 90%, but the top spot for Africa is reserved for the Ivory Coast at 119%.

“Africa is one of the regions of the world with huge potential to grow its wealth, driven by a rising middle class and the increased success of many businesses. Importantly, reforms in many countries are being expedited, infrastructure is happening at a startling pace and foreign investors are noticing,” says Nienaber.

“The countries mentioned in this report have certainly built credibility among foreign investors and it is little surprise economic activity in the region is growing at a faster pace than anywhere else in the world,” she says.

“Johannesburg stands out as the most important African city after ranking as the 28th most important city for UHNWIs individuals and Cape Town, the 36th,” says Shirley.

According to The Wealth Report, the total number of UHNWIs rose by almost 5,200, or 3%, in 2014. While so-called investments of passion, such as art, wine and classic cars continue to attract interest, property remains the cornerstone of many investment strategies as it accounts for almost a third of all ultra-high-net-worth individuals’ portfolios.

Despite concerns about the global economy, 80% of the almost 500 private bankers that participated in The Wealth Report’s annual Attitudes Survey, expect their clients’ wealth to grow further in 2015.

“The wealth space in Africa is going to be extremely exciting over the next decade. It is a reflection of the ongoing interest in the continent as a destination for investors and businesses and the pace of wealth generation will increase exponentially as this trend continues,” concludes Nienaber.