While Africa is focusing on attracting investment from China and India, the continent is in danger of neglecting an important investor – Japan. 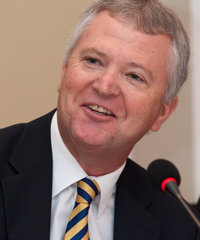 So says Mark Tunmer, CEO of pan-African financial services firm Imara. According to Tunmer, Japanese companies are currently on an international buying spree.

He says that the Indo-China obsession is understandable, as companies from these countries constantly make headlines as buyers of African assets.

“But Japanese buying activity also warrants attention … Africa seems to underestimate the strength of Japanese companies and the size of their wallets,” explains Tunmer.

Last year How we made it in Africa reported that Tokyo-based Japan Tobacco has bought Sudanese cigarette manufacturer Haggar Cigarette & Tobacco Factory (HCTF).

Tunmer says Japanese companies are looking at international investments because its own economy is not growing and its population is ageing. “This is very good news for well-run African companies eager to grow. Africa is aware of the Indian and Chinese opportunity, but that’s no reason to let the Japanese opportunity slip,” he notes.