Africa has strong potential, but the continent still has its work cut out to create an enabling environment for the private sector to flourish. 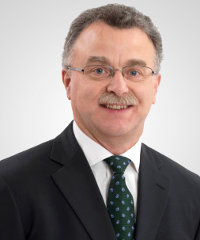 This was one of the key takeaways from Old Mutual chief executive Julian Roberts’s comments yesterday during a session at the World Economic Forum in Davos, Switzerland.

Old Mutual is a global financial services and insurance company with its primary listing on the London Stock Exchange. Founded in South Africa in the 1800s, Old Mutual these days has its head office in London. The company has expanded into a number of other African countries north of South Africa’s borders, including Nigeria and Ghana.

“We wouldn’t be investing so much in the rest of Africa if we didn’t absolutely believe that Africa is going to be the success story over the next few decades… Africa is on the move, and it is moving forward,” said Roberts.

Despite these positive statements, Roberts highlighted an incident where one of Old Mutual’s infrastructure investments was nationalised by an African country.

“If you don’t have a sound enabling environment, people aren’t going to invest, because they must know that they can get a reward… Africa cannot succeed without a real handshake between private enterprise and the public sector.”

Responding to a comment by an audience member that Africa should ensure its own people benefit from foreign investment, Roberts said outside investors play an important role in developing skills on the continent. “There are some skills that we don’t have across Africa. What we want is those skills to come into the region, and then for [African] people to be taught and learn.”