Africa’s rich natural and cultural resources represent a major unexploited opportunity to boost travel and tourism on the continent. 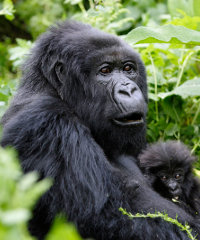 The Africa Competitiveness Report 2011, produced by the World Economic Forum, the African Development Bank and the World Bank, states that the continent has many advantages on which to build its tourism industry, including price competitiveness, a strong affinity for tourism and rich natural resources supported by efforts towards environmental sustainability.

“One out of every twenty jobs in Africa is in the tourism and travel industry; worldwide it is one out of every ten. That shows you the potential that we have if we can get the travel and industry up to the level of the global average,” said Shantayanan Devarajan, the World Bank’s chief economist for the Africa region, during the launch of the report in Cape Town at the World Economic Forum on Africa.

According to a study by the Natural Resources Consultative Forum, a US$250,000 investment in the tourism sector generates an average of 182 full-time jobs.

Devarajan singled out Rwanda as a country that has made the most of its tourism potential by creating a thriving industry around its mountain gorilla population. “Rwanda was coming off the genocide in the mid-1990s and they needed a source of foreign exchange. They’ve got these beautiful gorillas . . . and they decided to promote an ecologically friendly, highly targeted tourism industry around the gorillas,” he noted.

Rwanda has also involved the local communities in the gorilla industry. This creates employment and insures that villagers have a direct interest in the conservation of the gorillas’ natural habitat.

The report notes that a number of challenges remain to advance the continent’s competitiveness in the tourism sector. These include improving safety and security, upgrading health and hygiene levels, developing numerous forms of infrastructure, and fostering the region’s human capital.

In addition to harnessing Africa’s tourism potential, the report found that to improve the continent’s competitiveness, governments should focus on stronger integration into international trade and finance, improved educational systems, as well as enhanced entrepreneurial opportunities for women.