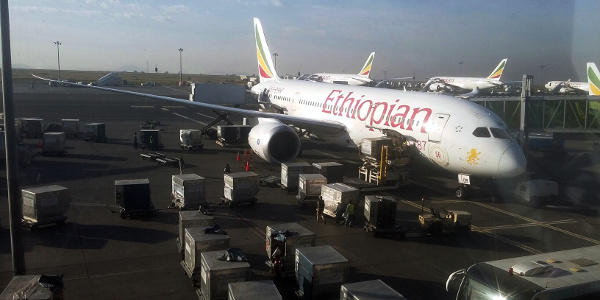 This week, on my way to and from Nairobi for a media conference, I had a stopover at Addis Ababa Bole International Airport, in the Ethiopian capital. Trump’s election, Brexit and louder nationalist voices in Europe have me, like many, worried about the future of civilisation and commerce as we’ve come to know them over the past 50 years. But the four hours I spent waiting for my next flight provided some comfort: there is a parallel world still very much interested in cross-border trade and new business relationships.

Ethiopian Airlines has established Addis as the de facto transit hub for air travel in Africa. From here, the carrier services more than 35 cities on the continent – including routes often neglected by others. The passengers who embrace the bustle at Addis airport are overwhelmingly African and Asian, waiting for flights to all corners of the continent, from Windhoek to Bamako.

Economic growth in many African countries has slowed down dramatically, prompting some analysts to question the ‘Africa rising’ story. But whatever your opinion, one thing is true: Africans are on the move within their own continent.

And Addis airport is where their paths meet.

On the journey from South Africa I befriended a lady who was getting off at Addis to catch a flight to Ouagadougou in Burkina Faso. On my return to South Africa she was on the plane again, telling me that the very next day she would be travelling once more, attending to business in Mombasa, Kenya.

The strong economic ties between Asia and Africa were also on display, with Chinese and Indian nationals everywhere. Even the contractor responsible for construction work at the airport is a Chinese company.

A few weeks ago, this publication ran an article on an Indian entrepreneur who started a bottled water company in Niger – not a country that gets much mention when it comes to business and investment. At the airport restaurant – where I was drinking Ethiopian wine (an interesting story on its own) – I started talking to the Indian man sitting opposite me. It turned out that he works for the very same bottled water manufacturer. He told me that in the next few months he would be relocating to Burkina Faso, where the company is opening a fruit juice-processing plant.

At my conference in Kenya, conversation among media types was dominated by Trump – and an overdose of hotel CNN didn’t help quell the anxiety. But, although developments in the West will impact us all, my brief time at Addis airport reminded me that Africa and Asia are forging their own paths, doing business on Tecno and Huawei Android devices, not iPhones. Whoever wants to join, is welcome.