Ghana’s capital Accra has been ranked as the large African city with the highest potential for inclusive growth in the 2014 MasterCard African Cities Growth Index (AGCI). This is the second year in a row that Accra has taken the top spot on the index. 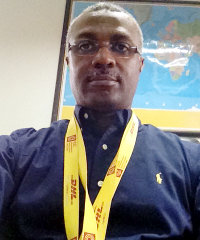 To compile the index, 74 African cities where analysed using a range of economic, social inclusion, business environment and governance indicators.

Inclusive urbanisation is where the physical, economic and social development of a city benefits all its inhabitants. This in turn leads to inclusive growth which occurs when “citizens from all levels of society have equal opportunity to participate in and benefit from expanding economies”.

According to the report authors, inclusive urbanisation empowers a growing middle class that creates opportunities for large and small businesses. “Cities today are vital gateways that connect countries to the global economy. They are powerful hubs for business innovation, income and employment generation.”

Commenting on the report, Kader Coulibaly, country manager of DHL Express in Ghana says it is encouraging to see Accra ranked in the first position.

“The United Nations has forecasted that 60% of sub-Saharan Africa’s population will be living in cities by 2050. MasterCard is correct in saying that cities will be critical for the economic future of the continent,” notes Coulibaly.

“Similar to many other African countries, Ghana’s robust economic growth in recent years is not adequately trickling down to all members of society. It is certainly positive news that Accra has the mechanisms in place to address the inclusivity gap,” he adds.

Accra ranks well in most of the indicators used by the ACGI, especially in the area of governance. The city of about 2.3m people is however grappling with a number of challenges, including Ghana’s high fiscal and current account deficits, soaring wage bills, energy subsidisation, increased interest cost, an under-recovery of revenue and a slight reduction in economic growth.

“Accra is not Africa’s most populous city, nor is it the richest in terms of per capita GDP. Ghana is not the country with the best resource endowment. Accra is the top-ranked city in Africa because of the progress it has made in creating conditions that are most conducive to inclusive urbanisation,” note the report authors, adding that on balance, Accra is the city on the continent with the greatest potential for a better material life for its citizens.

The report also benchmarks Africa against other emerging market cities. Accra ranks favourably, although slightly below, to cities such as Jakarta (Indonesia) and Chongqing (China), and above Manila (the Philippines), São Paulo (Brazil) and Chennai (India).

In addition to Accra, Ghana’s industrial city of Kumasi is ranked fourth in the large cities category (population of more than 1m) of the index.

Coulibaly says having two cities in the top five bodes well for investor confidence in Ghana.

“Although Accra is Ghana’s most well-known urban area and the undisputed economic hub, business people should not ignore secondary cities such as Kumasi and Takoradi,” says Coulibaly. “Kumasi is a rapidly growing urban area with new developments such as modern shopping malls, while Takoradi is the closest port to Ghana’s offshore oil fields and attracting investor interest in a variety of sectors.”

Ghana started with offshore oil production in 2011, and the industry has been responsible for much of the country’s rapid economic growth over the past years.

Coulibaly says that in addition to the oil industry, DHL is also seeing volume growth in the mining and financial services sectors. Ghana is one of the continent’s foremost gold producers.

“We are shipping an increasing number of automotive and machinery spare parts that we can link to the oil industry, but also to mining. A lot of mining projects are starting in Ghana. The banks are also growing and moving into the credit card business, which is creating a lot of activity as far as DHL is concerned,” he says.