The East African Community (EAC), comprising Kenya, Tanzania, Uganda, Rwanda and Burundi, last year launched a common market and is targeting 2012 for adopting a single currency. We talked to Yvette Babb, a fixed income and currency analyst for East Africa at Standard Bank, about the effect that greater integration will have on business and investment in the region. 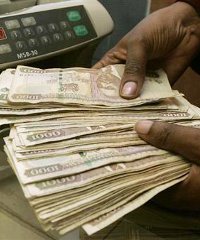 A single East African currency could boost trade in the region.

How will a more integrated East Africa affect foreign investment in the region?

One of Africa’s biggest problems is the balkanisation of the continent. We’ve got 53 countries, to be expanded by one when southern Sudan becomes an independent state. The problem is that many of these countries are landlocked and face issues reaching international markets. Many of these countries are also very small. What regional integration is successful in doing is enlarging the size of the domestic market, and making it more attractive for trade and investment in those countries.

July 2010 marked the launch of the EAC Common Market. Can people, labour, capital and goods and services currently move freely across the region? What level of integration has been achieved?

While the EAC Common Market was launched in 2010, we will actually only see the full implementation thereof by 2015. There are still a number of limitations in terms of the movement of capital, persons, labour as well as services. Kenya has moved the swiftest in terms of opening its markets, while Burundi, Rwanda as well as Tanzania still have limitations in place in various areas. If we look specifically at the free movement of persons and labour, member states will allow only people with certain job descriptions to enter their countries. Only by 2015 do we expect that all categories of labour will be open. In addition to prove that they are going to enter employment in a certain category, they also need to produce an identity card, and that is where a lot of the issues come in with regard to the free movement of persons and labour. At present not all countries in the EAC actually have an identity card system, so many people are unable to prove their identity to the regional partners, barring employment in those countries. It will take a number of years for the identity card issue to be resolved.

There are also still some problems regarding the right of establishment and residence in other countries. Restrictions to the right of establishment have not been completely clarified under the member states’ national laws, that is also something that will need to be addressed before 2015. Regarding services there are still a number of services sectors that are closed or limited. For example, in Kenya foreign investment in the telecommunications sector has been limited to 30%; in Uganda non-citizens are not allowed to trade outside of large cities; and in Tanzania the hospitality industry is limited for foreign participation. Lastly there are still a significant number of restrictions on the movement of capital, and again those will only be removed by 2015.

The EAC has set 2012 as the year for adopting a single currency; do you think this is achievable?

I think 2012 is very ambitious and I think we could see a delay in reaching that goal. We are currently in February 2011 and the EAC has just completed its initial talks on establishing the process to negotiate the protocol on the common currency. I think it is safe to say that negotiations will take quite a significant number of months. The political discussions around the nature of the monetary authority as well as the institutions that are required for a monetary union are going to be quite challenging. The original target for a common currency was 2015, and in 2007 they brought that target forward to 2012. I do, however, believe they anticipated to be further in the process by the onset of 2011. So we could see some delays in the process as they try and establish the necessary institutions as well as negotiate how the monetary authority is going to look and support a common currency.

Based on the theory of an optimum currency area, East Africa could be quite suitable for a common currency if one looks at the nature of supply shocks that the region faces. For example, weather shocks tend to affect agricultural production in each of the countries. The region is furthermore relatively homogenous, which implies that there are limited cultural barriers to free movement.

What will be the benefits of a single East African currency?

If you look at the broader economic theory around why a common currency can be beneficial, there are a number of things that come up. Exchange rate volatility has negatively impacted trade within the region. That exchange rate volatility will be eliminated once they establish a common currency. It will also reduce the transaction costs related to trade between the countries. Lower transaction costs will make it attractive for businesses to operate in the whole region rather than just in Kenya, for example.