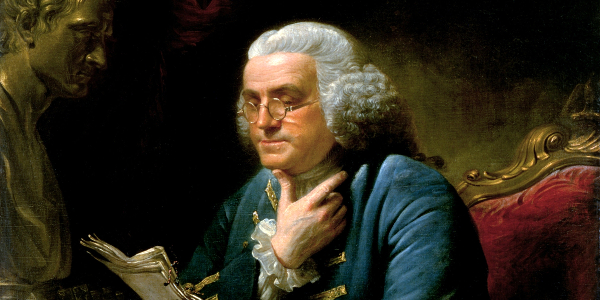 In 1789, Benjamin Franklin made famous the phrase, “In this world nothing can be said to be certain, except death and taxes,” observing that in a world filled with uncertainty, there are two things we can count on: that we will all eventually meet our maker, and that taxation has been a feature of every civilisations since ancient Egypt.

This is a civic duty that we accept as citizens of a nation. Taxation, after all, is the foundation of a prosperous, well functioning and cohesive society. It is at the heart of what binds us as members of our wider community, funds essential services and redistributes resources in order for us all to prosper collectively. But although the benefits afforded to society through taxation are plentiful, it is a complicated balancing act with as many potential pitfalls as benefits.

Taxation is among the most immensely powerful tools at the disposal of a government, and the most efficient tax regimes around the world all demonstrate the same characteristics: restraint and consistency. Though taxation acts as a policy windsock informing the electorate, businesses and corporations of the fiscal direction a government intends to take, ultimately restraint always remains a central feature of any (prudent) taxation policy. Restraint is the act of striking a balance between ensuring individuals, businesses and corporations each fulfill their civic duty and pay their dues to the society from which they profit, whilst ensuring innovation, investment and entrepreneurialism are not stifled. This is the principle that governs the Laffer curve – the idea in economics that there exists an optimal taxation rate that equally benefits both tax revenue collectors and the taxed, providing the greatest yields for all. Francois Hollande’s disastrous 75% tax rate for France’s highest earners, scrapped in 2014, provides a potent reminder of the Laffer curve and demonstrates the fallacy behind thinking higher taxation equals higher revenues.

Although all of this remains true, it is restraint’s underappreciated counterpart, consistency, that is too often overlooked in discussions of successful tax policy. Consistency and familiarity remain fundamental human desires — we all seek to know and understand the world and environment we inhabit. Our daily interactions are all made up of, to greater and lesser degrees, evaluations of risk/reward trade-offs – from the mundane, like purchasing a product at the market, to the more substantial, like starting a business venture.

But whether on a large or small scale, the underlying principle remains the same: the more certain we are of the potential benefits to be reaped from an action, the more willing we are to take the risk. This is where consistency plays a significant role in prudent tax policy. Investors seek to understand the potential costs and rewards of an action, but if a government maintains what is essentially a constantly evolving and discursive tax policy, then the lines between cost/benefit become blurred.

I was made aware of a recent whitepaper, released by the Zambian Chamber of Mines, highlighting the challenges facing the mining industry in the country. The whitepaper provides a compelling example of this principle. In July 2016, Zambian President Edgar Lungu’s cabinet announced a change to the nation’s ‘Mineral Royalty Tax’ (MRT), changing it to a sliding scale of 4–6%, depending on the global price of copper. Though the MRT remains a rather crude instrument of taxation, and the rates of effective taxation levied on the Zambian mining industry generally remain among the highest in the world, what strikes me more is the instability of the Zambian tax regime. Incredibly this is the eighth change to the country’s mining tax in the past eight years. This, needless to say, acts as a disincentive to enterprise, with potential investors put off by the government’s constantly moving goal posts.

The intention of the Zambian government is clear, and its motives fair – ultimately they want all of Zambia’s citizens to benefit from the country’s abundant mineral resources – but from an economic perspective this approach makes little sense. Disincentivising investment into an industry that has been at the core of Zambian economic prosperity and job creation for the past century is counterproductive, and it seems obvious that this fiscal uncertainty emanating from the government will inevitably deter future investment into what is already a high-risk venture. Let’s just hope the Lungu administration take heed of Benjamin Franklin’s words when they read the Zambian Chamber of Mines whitepaper, or their taxes will certainly lead to the slow death of the mining industry in Zambia.

Alastair McCready is a writer and journalist currently based in west Africa.