Ugandan Titus Mawano is the 23-year-old entrepreneur behind Ffene, an award-winning business management platform for African small and medium enterprises (SMEs) that assists with accounting, customer and inventory management. 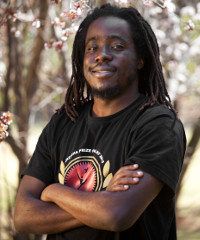 After studying computer science in the US for three years, Mawano decided to cut short his university education in 2012 and return to Uganda to follow his passion.

“I thought that I had mastered enough skills to begin what I wanted to work on when I started my career – and that was creating a business management tool that would assist SMEs,” Mawano told How we made it in Africa.

“So I took the last year off and came back [to Uganda] and told myself that if my business idea doesn’t work out I will go back to studying. But it worked out.”

In less than a year of operation, Mawano was awarded a US$10,000 prize after Ffene was selected as one of three winners in the Apps4Africa 2012 challenge. Last year he won second place and $15,000 in the 2013 Anzisha Prize, a competition that recognises and celebrates Africa’s youngest entrepreneurs.

“Both of my parents are entrepreneurs so growing up I knew what the challenges were for SMEs in Uganda,” explained Mawano.

One of the main challenges he believes limits many SMEs today is keeping adequate financial records. Mawano said those entrepreneurs who do keep records, generally store them manually in a book. SME managers, therefore, have to do their own calculations to determine profit or loss over a week, a month or a year.

“Just having a machine that does that all for you, it provides a huge advantage and the business awareness to help them make better decisions,” he emphasised.

Although Ffene is not even two years old, close to 600 companies are using the software today, which runs on both desktop and mobile devices.

According to Mawano, when he first started Ffene, he spent a lot of time and focus on trying to educate customers on using new technologies such as desktop or mobile apps. However, to his surprise, he found that using new technology was generally not a major concern for his customers.

“I learnt that when you are selling to consumers they don’t care what technology you use, they only care about what they can do with it.”

Ffene is sold for USh. 30,000 ($12) a month, although Mawano said they do offer certain payment plans and specials to SMEs, depending on their situations.

To do this, Mawano believes he needs to spend more time fine tuning the analytical side of the platform, to add further value. “So for instance, we are looking at ways that we can integrate tax laws into the software so that you can provide automated tax position information.”

However, unreliable internet connection in Uganda and many places throughout Africa is still a major limitation to businesses and Mawano believes that a focus on developing offline tools is important for Ffene’s software.

He added that the award money he won at last year’s Anzisha Prize will go towards the research and development (R&D) of industry-specific products.

“We are also trying to create specialised products for specialised industries – farming, hospitality, medical and dentistry, that sort of thing. So most of the money is going to go towards R&D for that reason, and we also need to have some permitted for growing our team and hiring.”

Advice for other young entrepreneurs

Mawano believes it is a myth that a person simply needs money and connections in order to be a successful entrepreneur. “It’s all about good strategy and it’s all about improvising with what you have. Really, the [best tool] is creativity. If you are a creative person, then you are going to figure it out,” he emphasised.

“If you are not a very creative person – and have your own distinct set of skills – then get someone who is creative on your team. That is the best value that you are going to get. It’s not the money, it’s not the networking. It’s really about creativity. If you have a very creative team around you then pretty much anything that comes your way you are going to be able to knock down.”

According to Mawano, entrepreneurs also have to have a certain amount of tenacity and dedication in what they are doing. Passion, he said, is essential in keeping entrepreneurs going through the all-nighters and long working hours that are typically needed in starting a company.

He advises aspiring entrepreneurs to start early. “And that doesn’t mean starting your own business early. It means thinking about the kind of industry you want to work in, analysing that market and just amassing information. Information is power and if you have a dream of starting a certain enterprise, it’s time to start researching that now.

“And I feel that Africa is kicking into its golden age. There is so much opportunity that there is enough for everyone… So I suggest they get started.”

Finally, he advises Africa’s young entrepreneurs to apply for this year’s Anzisha Prize and to make sure they show their entrepreneurial passion in their application for the award. “That is probably something you cannot fake,” he concluded.