Nadeem Juma established an international school ten years ago at the age of just 19, and is the co-founder and chairman of a research and development (R&D) company that developed and deployed the first mobile banking platform in Tanzania. Juma is also the co-founder and chairman of AIM Group, the first new media agency based in Tanzania. How we made it in Africa’s Dinfin Mulupi engaged the self-confessed serial entrepreneur on digital marketing, Tanzania’s technology sector and the ‘dos and don’ts’ that investors should be aware of before entering Tanzania. 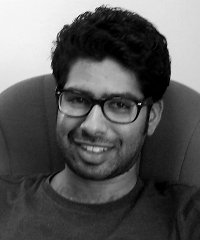 How did you get into business?

I am a serial entrepreneur. My first startup was an international school called Dar es Salaam International Academy (DIA) when I was 19. I was inspired to start the school because Tanzania has an emerging middle class like the rest of Africa, but there was a gap in the market in regards to quality international education at an affordable rate. A lot of them were going to boarding school in Kenya, South Africa and Swaziland and this was a barrier for people thinking of settling in Tanzania. The school has grown significantly in the last ten years, and is now one of the leading international schools in Tanzania.

In 2004, I co-founded E-Fulusi Africa, a research and development company focused in the mobile payment space. E-Fulusi developed and deployed the first mobile banking platform in Tanzania. One of E-Fulusi Africa’s earliest developments was the EFMTS, an independent switch that connects the four main mobile operators in Tanzania, thus allowing mobile technology solutions to be hosted, managed, and implemented. About two years ago we established AIM Group, a new media agency. In the last 18 months AIM Group has expanded from a team of three to 25 and currently works with 10 major brands in Tanzania.

East Africa has made major strides in technology but Tanzania is conspicuously lagging behind. What is the problem?

We have a major shift happening in Tanzania. The highest numbers of university graduates are in the ICT field. The problem is they are not getting proper skills and quality education required to perform in their fields and hence a lot of them are moving into customer care, network administration and junior positions. We are seeing a lot of self learning happening though. The establishment of incubators and innovation spaces has offered developers a platform to access the internet, devices and other services that they require. Developers are making apps, but we need to do more in improving quality. In terms of churning out great products, I think it is way too soon for us (Tanzania). Developers are not yet making money because of the challenges in distribution and monetisation. In Tanzania we are also shy to publicise our successes and abilities. I would say this is cultural – compared to Kenya where individuals are always marketing and publicising their achievements, big or small. Buyers also don’t have faith in local capacity. They think, “this is homegrown, will it stand up to the IBMs of the world?” Again, we need to give more support to Tanzanians and learn from our neighbours where often the first opportunity is given to homegrown solutions. There is not enough seed capital, and even the little money floating around comes with a lot of strings attached.

How long before you start churning out tech millionaires?

The potential certainly does exist amongst companies that started early and have been in the space for awhile, like us, and I certainly think, as we get more [exposure], we can be tech millionaires soon. In the short term people are going to come up with great technology and they are going to be acquired by big players. These will probably be either international players or Kenyan and South African players looking to get into Tanzania. In the next 15 to 24 months we are going to see a lot more great technology coming out of Tanzania; our mobile money is picking up, internet penetration is going up and as these things happen we are going to see better apps and better technology that is going to generate great revenue in the long-term, help us establish Tanzanian capabilities in the market, and hopefully create a few tech millionaires.