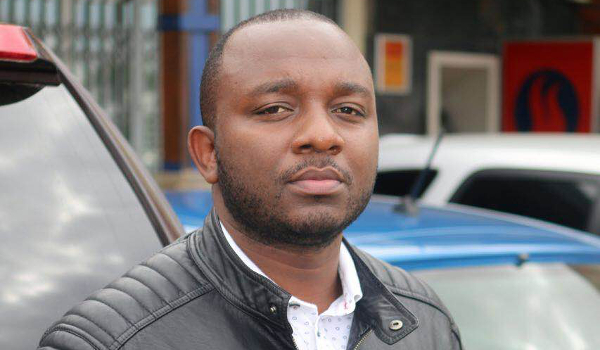 Malawian entrepreneur Mike Chilewe Jnr might only be 27, but he is already running a number of businesses.

He is both the founder and owner of a multimedia advertising firm, Innovertising, as well as Lala Limited, a holding company involved in various activities from manufacturing toilet paper to agricultural exports. He is also in the process of acquiring a leading food processing company, and is now launching a third company called Chilewe Brands.

Chilewe is the son of one of Malawi’s most prominent entrepreneurs. His father made his fortune in metal and steel manufacturing and is the founder of Mike’s Trading Group. But despite financial success, his father was strict with money – and looking back Chilewe believes this was the best gift his father could give him.

For example, when Chilewe wanted a computer while studying accountancy in college, he was told by his father to “figure it out”. And so he did.

He started selling his college meal coupons to other students at discounted prices until he had raised enough cash to purchase blank CDs, which he then sold on to other students. He used the profits to buy his first computer. And at a later stage he managed to save enough to buy 40,000 shares in TNM Networks, a leading mobile network operator.

Chilewe also worked at his father’s company throughout his studies. But in 2012, once he had graduated as a chartered accountant, Chilewe decided to leave the firm to start his own entrepreneurial journey.

Taking on the world of advertising

While running a few small businesses – such as selling second-hand phones imported from South Africa – Chilewe decided to venture into advertising with the launch of Innovertising in 2012. He had no prior experience in the industry, but saw a space in the market for the company and started researching advertising techniques and strategies online.

He won his first job for a TV commercial after examining a local business’s adverts, and determining what worked and didn’t. “I then went to the owner’s office without even booking an appointment. I waited for him for three hours before I could eventually pitch to him my idea for an advert, and he gave me the job.”

Today the company offers advertising across a variety of media platforms, such as print and digital.

“It was one of the founders of Google who said before they launch a new product they first use the toothbrush test where they ask whether someone is going to use it once or twice a day. This stuck in my mind and I was thinking about it one day in the bathroom, wondering what product I could produce. And when I reached for some toilet paper – it [struck] me. This was the product I was looking for,” Chilewe recalled with a laugh.

After some market research and tracking down a second-hand machine online, he began manufacturing toilet paper under his second company, Lala Limited, in 2013. Chilewe’s toilet rolls are sold in bulk and unbranded to institutions such as hospitals and schools. By reducing packaging costs his company can compete on price with the large, established players in the market.

Lala’s commercial operations have since evolved to include other activities – like packaging agricultural produce to be exported or sold locally.

In 2015 Chilewe managed to acquire a local radio station, Star Radio, which he later sold. And he is currently negotiating the acquisition of a large food processor in Malawi. His third company, Chilewe Brands, aims to add value to local resources across Africa.

Chilewe’s entrepreneurial journey has not come without challenges and he has often faced discrimination in business because of his young age.

For instance, it took nearly two years for him to acquire Star Radio because the owner did not take his interest seriously. In fact, he wrote Chilewe’s father a letter to ask whether to sell him the station.

“He just considered me to be a kid.”

However, Chilewe has learnt how to improve his chances of grabbing business opportunities and ensuring he’s not completely overlooked because of his age. Key to this is networking with the people who make the decisions, and he has found every opportunity to be in their line of sight. This includes visiting hotel restaurants and taking up golf.

“I knew that decision-makers were often found at the golf course. So I started playing in order to interact with them,” he explained.

“A lot of young people think they can just hang out with fellow young people and succeed in business – but I don’t think it works like that… You might have a good product, but if you can’t talk to people and get them to trust or listen to you, then you have a problem.”

He also advises other young aspiring entrepreneurs to be careful when it comes to choosing partners – both in business and in life. Chilewe, who has been married for a few years now, noted he would not have been able to get to where he is today without his wife’s support.

“Before I married my wife I had to tell her that I am an entrepreneur and that meant I would never wake up one day and decide to look for a job. I explained there would be days when we were not going to have money, and asked if she would still be willing to be with me,” he recalled.

“So if you are going into entrepreneurship, make sure you have the right support and right partner… If your partner wants to have money every day then entrepreneurship might not be for you or you might be with the wrong partner. My wife understands me, but it helps that I explained it to her before we got married.”