For the past 15 years Tomas Sorensen has been running African Horizons Travel & Safari, an inbound tourism operator. Sorenson stumbled into entrepreneurship when a Danish travel company which wasn’t happy with its local inbound operator approached him to service its clients. 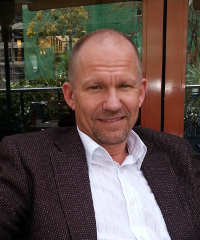 “I thought that was a great opportunity. They gave me an interest-free loan and lots of clients from day one. This was in 1997 when we were having riots at the coast and tourism was taking a bit of a beating,” says Sorenson. “When you start a new company, it is a bit difficult to get the best rates, but because of riots people were, of course, very receptive. In a way I was at the right place at the right time. I recognised it and I started off like that with one client.”

African Horizons has expanded its client portfolio to include 20 operators across a number of countries.

African Horizons focuses on the middle range and upper end of the market. The firm has 60 employees stationed in Kenya and Tanzania and a fleet of 30 minibuses and Land Cruisers.

According to Sorenson, African Horizons stands out from its competition due to its many years of experience, its consistent quality service and its reliability.

“Anybody can run a travel company when things [go] well; it is very easy. However, when things go wrong that’s really when you get tested. What we often do is take a problem and turn it into a very positive thing by overcompensating it. For instance, if somebody’s car breaks down, we fly them somewhere else.”

While online buying trends are an emerging threat to tour operators in the developed world, Sorenson says its effect has been slower on Africa’s tourism market.

“We are a bit behind; this is not New York where you switch on your GPS and turn right when the GPS tells you to do so. We have an advantage that we are still offering a product that requires a certain level of expertise. Looking into the future, I think we have to start preparing that there will be more people wanting to go online,” says Sorenson. “We can see it already with hotels and lodges. They are trying very cautiously to get into the [online] market.”

Sorenson says his company will continue dealing with tour operators, “keep an open mind on how things develop” and have a plan B in mind in case it is “time to change direction, either to some extent or fully”.

“Sometimes the [Maasai] Mara gets so much rain such that safaris that had been planned in a certain way have to change and we have to use different vehicles or fly people in and out. Roads are a challenge sometimes because our vehicles don’t last as long as they potentially could.”

Bureaucracy, Sorenson says, is also a hurdle, making an example of his vehicles which carry 14 or 15 stickers on their windscreens.

Sorenson says recent VAT amendments in Kenya that now tax products and services that were previously exempt are likely to affect the tourism industry.

“In travel you generally publish your rates up to 18 months ahead. We have clients arriving by the day. [Increasing prices now] would be very uncomfortable and clumsy. It just wouldn’t go down well. It has ripple effects. We might be killing the goose that’s laying the golden egg.”

Over the years, Sorenson has learnt to delegate work to his team of employees. The Kenyan born Dutch entrepreneur says micro managing a business will only mean limited growth.

“When you start a company you are really into everything in the early years. You are involved in everything. But, as things evolve, you mature and you are fortunate enough to get good staff. You realise that things become a lot more efficient if you have the right staff and let them get on with it. I don’t over control anything. You can’t grow a company if you become a bottleneck [that] would limit your company’s growth.”

He advises aspiring entrepreneurs not to get into business “to make money”.

“Do it because you have a passion for it. If you just go into it half-heartedly and you want to make money, inevitably you might not succeed.”

Moving forward, Sorenson would like to grow his business, but at a level that is comfortable for the company.

“We had some years of growth which nearly broke the company. In 2005 we had a growth of 95%, the year after we had growth of 47% and in 2007 we had 25% growth. As great as that was we could hardly keep up. We literally had agents, who fortunately were very loyal to us, at that time questioning why African Horizons wasn’t delivering its normal level of service.”

Sorenson says Africa is evolving at a fast pace and offers many opportunities.

“We are living in incredibly interesting moments in history. Just look at Nairobi; it is a building site,” he says. “Africa is a like a fast speed train that is mostly in control, but sometimes you get a bit worried because you are not quite sure if it’s going to get round the next corner. But, generally speaking, it seems to just be forging ahead at very high speed.”