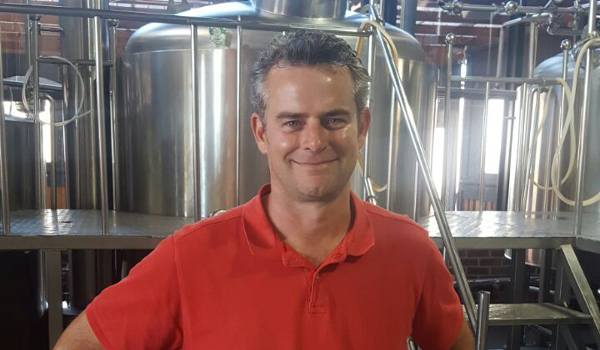 South Africa’s craft beer industry has seen significant growth in recent years. When CraftBru, an online platform that provides beer-related information, published its first list of South African craft breweries at the start of 2013, the number of breweries sat in the 30s. Now the list features over 205 businesses countrywide.

However, the market is still in its infancy. A few years ago, Standard Bank predicted craft beer could make up 18 million litres by 2017 to give it a 2.1% share of the total premium market – from just 0.3% in 2011. Some entrepreneurs saw this opportunity and moved to capitalise on it.

In 2010, around the same time the craft beer industry began to take off in South Africa, Andre Viljoen, founder and owner of Woodstock Brewery, bought a dilapidated building in Cape Town’s Woodstock suburb, and began transforming it into the business it is today. 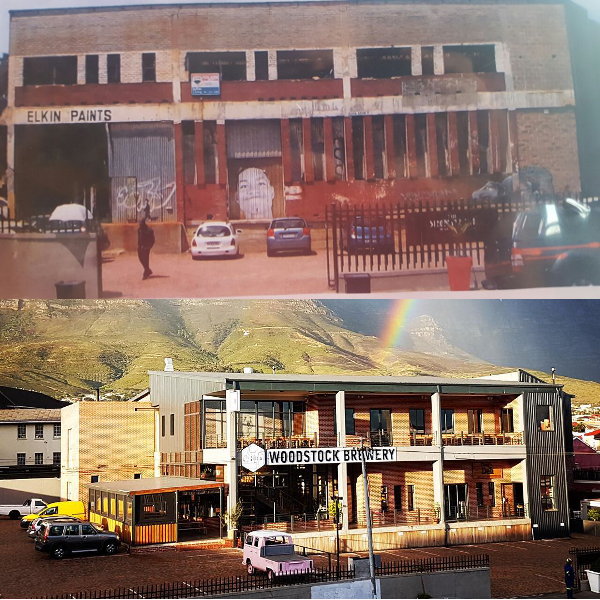 The Woodstock Brewery before (top) and after (bottom).

Viljoen decided to make the leap into brewing craft beer after observing the growth of the category internationally while living in Korea. With its the re-emergence as a prominent beer category in the US after the financial crisis, the huge variety of flavours in Europe, and the great uptake of brewing in Australia, he turned his attention to the small burgeoning market back home in South Africa.

Coming from a financial background, he sees craft brewing as “a perfect mix between art, science and business”. Three years into running the brewery, Viljoen says it’s the continuous exploration of interesting and varied craft beer flavours that drives the industry. People want something new.

“I mean it really is something different from the light [pale lagers]. I am not knocking light pale lager, but all the pale lagers that you know – in the broader sense – are very similar in flavour profile and type… So Heineken is similar to Castle (a South African mass-produced beer), which is similar to Amstel,” he explains.

While different in flavour, craft brewing is essentially identical to brewing your typical commercial beer. Where the processes varies is in the ingredients and final product. Most of commercial market is dominated with lagers and pilsners – whereas craft beer tends to focus on ales. Viljoen says the ingredients that goes into producing craft beer – the different types of malts and hops – are much more expensive. “Just the raw materials that goes into it makes it probably 12 times more expensive than a Castle Lager for example,” he says of one of Woodstock Brewery’s brands.

Like many premium craft breweries in South Africa, Woodstock Brewery imports most its raw materials. According to Viljoen, local ingredients are lacking in variety and quality, which can be easily picked up by the consumer: “Your proper craft beer drinker knows when he is drinking good beer versus not so good beer.”

Small market in rest of continent

While Woodstock Brewery supplies most areas in the greater Cape Town and other major cities – such as Johannesburg and Durban – craft beer penetration outside of South Africa and a few neighbouring countries, remains low.

“The premium whiskeys do well. I don’t know, I really don’t know – it just hasn’t been as successful as Johnny Black or Johnny Blue in penetrating the market. You’ve got some of the country capitals where there is money – those products fly. But there is still yet to be a craft brewery.”

As of yet, Woodstock Brewery hasn’t focused on expanding to other African markets due to the high cost of transporting its products.

“It doesn’t really transport that well – it prefers door to door cold chain, which makes the expense side of it a little bit more,” he says. “Beer is best drunk in the shade of the brewery.

“It’s one thing [to transport] scotch… [A bottle of scotch] is a high-value item that weighs a kilo… But a 440ml bottle of beer weighs two thirds of that, and only comes in at a 20th of the price.”

For those looking to enter the industry, Viljoen’s advice is: “Don’t. It’s hard.” 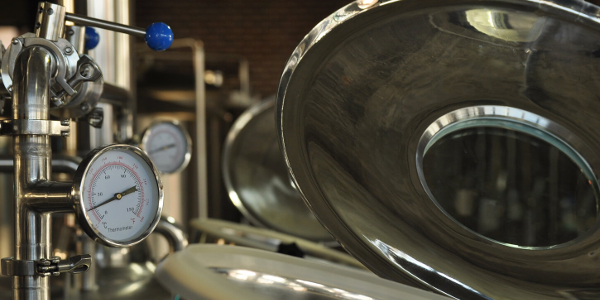 He explains: “A lot of the guys that have started recently are failing. It is very capital intensive… The raw materials are dollar denominated and the exchange rate doesn’t help. With the branding we got in still relatively early, but it was difficult for us to break in while Cape Brewing Company and Devil’s Peak started earlier and had existing brands by the time we started. Jack Black has always been out there, a very strong brand – good brand awareness, good beer. So there are already a lot of existing good-quality [breweries] that are able to produce something different – craft, that is still somewhat affordable.

“And if you have got a small 500ℓ system and you are one-man band – your own design, branding, social media, sales, distribution, manufacturing, packaging, collections, accounting, and all of that – it is hard. And I know that there are guys that are really struggling to make it and there are guys that have already capitulated.”

But Viljoen says success requires brewers to remain affordable and stay ahead of trends.

“You got to be doing both affordable in your lagers and pilsners and basic entry-level gateway ales, but you also have to stay cutting edge for the more sort of exotic craft stuff. Thinking that you are going to survive just brewing good old standard middle-of-the-road lager [is a bad idea]. If you are entering the market, you are going to have to have something on your side, like economies of scale and a good capital base… So staying cutting edge, and making sure that you’re not behind the beer developmental curve.”