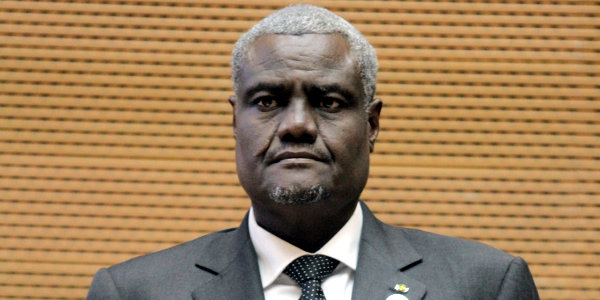 Africa’s decision to elect Moussa Faki Mahamat of Chad to the post of AU Chairperson, took the headline news at this January’s AU Heads of State summit in Addis Ababa. While the Chairperson is a symbol of African unity and can drive the next chapter of Africa’s story, the substantive issues underlying regional policymaking are more significant.

The optimism of African growth at the start of the millennium has been tempered by a global economy racked by falling commodity prices and China’s slow growth, exposing the difficult dependencies African economies still face, whether sectorally or in trade partnerships. Africa’s best chance of decoupling itself from these dependencies will come from economic regional integration, expanding its markets to allow it to compete more forcefully in the global economy. However, regional development plans have often been peripheral and lacking urgency or commitment. This should be the incoming Chairperson’s key priority: bolstering the economic parts of the AU’s ambitious Agenda 2063.

Agenda 2063 is not the first attempt at a comprehensive development plan for Africa. What it has in common with its predecessors, however, is a battle to keep economics at the top of member states’ agendas. Regional integration was itself a ‘development plan’, devised in collaboration with the UN Economic Commission for Africa (UNECA) in the 1950s, and it remains at the core of every major attempt to raise the continent’s economic standards. Although some leaders, such as Ghana’s Kwame Nkrumah, pushed for political union, it was really the economic argument that made the most sense: regional integration, the lowering of economic barriers in order to create larger coherent markets, would attract investment and create economies of scale. It is this thinking that launched regional economic communities (RECs) like the EAC, ECOWAS, and the Preferential Trade Area (PTA).

However, as the Organisation of African Unity (OAU) prioritised decolonisation efforts, it failed to take the economic mandate seriously. Decolonisation was an emancipatory call to arms; economic integration, on the other hand, was an invitation to painstaking, technocratic policymaking. It was in response to this that the Lagos Plan of Action (LPA, 1980) was drafted. Borne out of the economic crisis of the 1970s, it advocated for the creation of an African Economic Community (AEC, signed in 1991) by the year 2000, which would stimulate the economies of the member states. The LPA fostered a more inclusive understanding of development and centralised issues, such as the environment, women and gender in development, and industrialisation, but the underlying engine was economic.

By the end of the 1980s, African economies were struggling. Structural adjustment had been imposed by donors, requiring them to restructure their economies primarily towards the West, while leaving no resources for regional integration or common economic policies. With every single country failing to meet its targets, UNECA attempted to refocus on the ‘structural transformation’ of African economies and societies. ‘Transformation’ emerged in opposition to the insistence of ‘adjustment’ by the World Bank and IMF. Hence, the African Alternative Framework to Structural Adjustment Programmes (AAF-SAP) was born. It was the UNECA’s most sophisticated attempt to formulate an African strategy for development, and it synthesised many older ideas of self-reliance with newer ideas of participatory democracy to create a bottom-up understanding of economic development.

The AU transition and Agenda 2063

In 1999, the OAU dramatically decided to reform into the African Union to merge the economic and political mandates that were represented separately by the AEC and OAU. The OAU’s ineffectual mechanisms were replaced by a more streamlined and progressive African Union. This included revolutionary provisions for a Peace and Security Council, a Pan-African Parliament, and a Court of Justice. However, there were no equally strong institutional provisions to reflect the economic mandate. In effect, the political ended up swallowing the economic.

Agenda 2063, developed in 2013, was both a measure to reflect on the achievements of the previous 50 years and to set goals for the next 50. It is also intended to streamline continental programmes and focus on priority areas of regional integration at a broader level. Liberalising trade and developing human capital, infrastructural connectivity, peace and security, and sustainable development are among the broad aims in the first ten-year plan, set from 2014-2023.

The situation today, however, remains difficult. The RECs, though conceived as economic communities to form the building blocs of a broader AEC, show much greater successes in conflict management. The low hanging – yet high profile – political fruits continue to sap much of the region’s attention, while the nitty-gritty of economic integration and development continues in fits and starts.

Challenges for the AU

One of the reasons is funding. With uneven and erratic contributions from member states, the AU is dependent on external donors for a large part of its operations. Greater attention is paid to those operations that attract donor funding. Efforts to make it less reliant on this revenue stream, have long been called for, notably by Nigerian President Olusegun Obasanjo’s tax proposal in 2011, but these failed to be implemented. Rwandan President Paul Kagame’s reform team investigating the issue in 2017 will be crucial, and hopefully will produce tangible recommendations acceptable to the member states.

However, the AU’s economic plans are not without difficulties themselves. While Agenda 2063 and the Common African Position 2015 have done well to unify African countries in international negotiations, the trade-off to this broad consensus has been ambiguity. With so many different national interests involved, details are difficult to agree on and what they hold in common, are extremely broad statements of intent. The problem with broad goals is that they do not specify the smaller steps required to reach them. Lacking specifics makes implementation and delivery – perennially a bugbear for the AU – more difficult to achieve.

Moreover, the continental body may already have done all it can with respect to the regional architecture. The regional integration plans required under the AEC have been around for more than 20 years. The next stage, implementation, is the responsibility of member states, and they have not responded as the AU Commission would like. The AUC lacks an enforcement mechanism, relying instead on self-compliance. Major law reforms to make domestic economies more competitive are needed in all member states, but it is not clear that this is taking place at all, and there is no AU-led programme to advise on this area. The African Court of Justice and Human Rights, which might adjudicate on regional agreements to promote compliance, is weak and not focused on trade-related issues in any case.

Instead, the AU has followed a path of least resistance, turning to uncontroversial “flagship” projects – major infrastructural works such as a high-speed rail network and regional energy projects (that are going ahead with or without the AU) – but it is not clear that the sum of these parts amounts to continental integration. The AU must critically examine why member state compliance has been so difficult, or risk repeating the same unheeded calls for more coordination on implementation since the 1990s. These will involve difficult questions about the legitimacy and utility of its supra-national entities, and the gap with the domestic priorities of member states.

Agenda for the chairperson

Moussa Faki Mahamat, the AU’s new chairperson, will have significant challenges to deal with, including the reorganisation of the AU being devised by Kagame and the negotiations that will follow as member states try to ensure a workable programme. In all of this, it will be important to recognise that the underlying impetus of these reforms is to promote economic goals, including regional integration. Intra-African imports, according to the UNECA, still languish at 4.3% of Africa’s GDP (compared to 6.7% in the Americas, 17.9% in Asia and 21% in Europe), the continent is still host to most of the world’s poorest countries, and high youth unemployment is a worrying risk.

Economic growth must be the core mandate of regional integration. Without it, even efforts to ensure peace and security will be undermined. As Boutros-Ghali put it in his seminal Agenda for Development in 1994, ‘Development is the most secure basis for peace.’ Prosperous societies whose citizens benefit equitably from development, will have less cause to collapse into internecine strife. And a prosperous neighbourhood of nations will have more incentives to work together to consolidate their gains than to waste energy on border skirmishes.

The AU and RECs require a harmonised legal framework for market actors and investors. The establishment of a Common External Tariff by the ECOWAS is a good start. And COMESA’s efforts in this regard could be looked at more closely by the AU. Nevertheless, the continent remains a collection of legal silos, which can lead to much confusion as businesses seek opportunities to expand across the continent and facilitate intra-African exchanges.

Strong institutional mechanisms and fora will be needed at the regional level for businesses and critical sectors, such as agriculture, to contribute to the decision-making process. The AU has an Economic, Social and Cultural Council, but it is barely active and lumps together businesses with a diverse set of other actors like NGOs. Despite repeated calls for people’s participation in previous development plans, such as the AAF-SAP, business and civil society engagement with the AU remains negligible. This is an untenable situation if Africa is serious about economic development.

It will be important to work more closely in partnership with industries that would be the first to gain from greater economic integration. This would include logistics companies, telecommunications, and banking, among others. Bringing them in as co-funders of projects would ensure that they have a stake in seeing these projects succeed. The new levy-based funding mechanism for the AU provides an unprecedented opportunity for the organisation to build new transactional relationships. Instead of relying on foreign donations and having foreign interests shape the agenda, the AU could instead turn to African businesses as sponsors and ensure that they push for implementation of programmes at the national level.