This article is an extract, adapted with permission, from ‘Success in Africa: CEO Insights from a Continent on the Rise’ by Jonathan Berman (Bibliomotion, 2013). 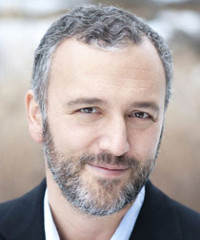 So much growth has occurred in Africa in the last decade, some might wonder whether the future continues to be as bright. Quantitative data and CEO insight each indicates some confidence.

Each of the internal drivers of growth in Africa to date is expected to continue. But there is one mega-driver whose impact has not yet been felt, and which business leaders all point to: demographics.

Africa has the youngest population in the world. Four out of 10 Africans are below the age of 15. The median age is 20.

Today, that means a very high portion of Africa’s population is dependent on the adult workforce. Tomorrow, however, it means that the workforce will be massive, and the ratio of dependents to workers (the dependency ratio) will be the lowest in the world.

That trend is not without challenges, including training that workforce to meet the needs of the 21st century. However, most businesses and investors looking at the youth bulge see it as a massive driver of growth and opportunity.

Emerging markets investment pioneer and Templeton vice chair Mark Mobius writes about Africa in his Investing in the Cradle of Civilization blog series. He describes this “great African resource: a huge and youthful population” as a key rationale for investing there.

That confidence is shared by other global business leaders familiar with Africa.

General Electric (GE) has more than US$150bn in revenue with a market capitalisation of about $240bn, making it the sixth-largest company in the Fortune 500. CEO Jeff Immelt sees enough opportunity in Africa to move the needle for his company. In 2011 he established an Africa business unit and installed one of GE’s top dozen executives, Jay Ireland, as the first CEO of the unit. Ireland has held previous leadership positions in GE Plastics, NBC, and, most recently was CEO of GE Asset Management, which oversees more than $120bn in assets. He hardly needed the job of CEO Africa. I asked Ireland why he took it.

“I didn’t just take the job,” he said. “I sought out Jeff and told him I wanted it. We’re in the nascent phase with Africa. A lot of what is happening here now is reminiscent of what I saw in China when I worked there in the early 1990s. I remember being struck that the vice premier of China at that time went to Wharton. No one before him had that kind of background. It was guys like that that built the country, and you’re just beginning to see that in Africa now.”

Ireland’s perspective is that opportunity is just beginning to open up in Africa for international and domestic firms alike. “The biggest opportunities are yet to come,” he says. “The inflection point will be in the confidence of investors and business people, combined with government policies that create a good business environment at the regional level. That combination will produce a tipping point here. It’s not here yet. It’s coming.”

Growth is prone to make a continent thirsty. London-based SABMiller is one of the world’s largest brewers, the maker of Miller, Pilsner Urquell, Fosters, and more than 150 other brands yielding $31bn in global revenue and a market capitalisation of about $54bn. Executive chairman Graham Mackay explained that “15 years ago we set up an Africa business unit. In those 15 years, we have had only two in which the Africa unit did not deliver double-digit growth in US dollar profits.”

“There is a long, long runway ahead. The consumption levels for our products are so low that they’ve got to rise. You don’t find that in most of the world. In fact, there’s almost nowhere else in the world where you can say that. Even in Latin America it’s not true. Beer consumption in Africa, outside of South Africa, is below 10 litres per person per year. The average for Latin America is probably four times that. In the US it is 80 litres.

“Here in the UK it would be 85 or 90. But Africa is at 10. Then you take cultural factors into account, and the rate of growth of the population, and there is much more potential in Africa than there is anywhere else in the world.

“Most everything grows on an S curve,” Mackay concluded, drawing the curve with his fingertip on the table. “There’s slow early adoption, then it really takes off and then when it’s bigger it begins to taper. For us, most countries of the world are at the top,” he says, running his finger along the flattening line. “Even most growth countries, they’re coming to that levelling off point. Not Africa.”

Mackay’s finger move back down the curve, tapping right where the steepest growth starts. “This is Africa.”

Jonathan Berman writes, speaks, and consults on global business. He is a senior advisor at the consulting firm Dalberg, having previously been a partner. He advises global Fortune 500 companies on entry and operations in emerging and frontier markets worldwide, focusing on the political and economic dynamics that drive shareholder value. His clients include global leaders in oil, gas, mining, infrastructure, healthcare and consumer goods, as well as governments and investors active in these sectors.

Berman’s views have appeared in the New York Times, The Wall Street Journal and Harvard Business Review, where he writes a monthly blog. A member of the Council on Foreign Relations, Berman holds a BA from Yale University and an MA from UC Berkeley. He is based in New York and Washington, DC, where he lives with his wife and son. Visit Berman at www.jonathanberman.net.