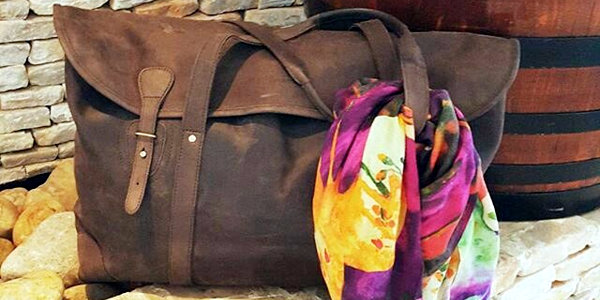 Sandstorm Kenya has traditionally targeted wealthy shoppers with its handmade canvas and leather bags. However, it is now looking to be more accessible to middle-class consumers.

Kenya’s retail sector is rapidly evolving with the construction of new shopping malls and foreign consumer goods companies entering the market. Brands such as Adidas, Converse, MAC Cosmetics, Clarks, KFC and Domino’s Pizza, to name a few, are now all active in Kenya. However, many of these products are targeted at expatriates and affluent locals, and remain out of reach to ordinary Kenyans.

Despite glowing headlines of a rising middle class, Kenya is still a predominantly poor country with GDP per capita of less than US$1,500, according to the IMF.

Luxury bag manufacturer and retailer Sandstorm Kenya, has however identified an opportunity to grow its business by producing products that are more affordable to middle-class Kenyans.

Sandstorm makes handmade canvas and leather bags, and has traditionally targeted wealthy shoppers. Its classic canvas bags sell for an average of US$120 with prices going up to $280; leather bags fetch between $150 and $420.

But after eight years of selling mostly to expatriates, Sandstorm is looking to “become more inclusive”. It is rolling out a new line called Urban Safari, with bags priced between $35 and $140.

“Historically we have appealed strongly to expatriates and what I call Kenya’s upper and creative classes – so stylists, photographers, musicians and generally people who have travelled,” says Mark Stephenson, managing director of Sandstorm Kenya.

“[Now] we want the brand to be accessible to, and desired by anybody who can afford a full-feature smartphone. We are a Kenyan brand, we should be reaching, many more people.”

It currently operates shops in four malls in Nairobi, and is opening three more outlets in the next six months. As it grows its retail network, Stephenson says starting to appeal to a wider marker makes “very clear commercial sense”.

“The majority of businesses and brands in our category here are all running around after the same customer,” notes Stephenson. “It would be naive of us to expect that we can simply continue to open more shops and find more of the same people to come into those shops. Nairobi is growing, but still a relatively small city. So any brand, any business, needs to always be looking to innovate, to reach more consumers, to be relevant to more people,” he explains.

“We cannot count ourselves as a strong domestic brand if all we are doing is relying on people who turn up and stay here for two years and then leave.”

‘Made in Nairobi’ a strength

Sandstorm manufactures its bags in the affluent Karen suburb in Nairobi, and has about 70 employees. Stephenson says 99% of raw material is sourced locally, but many Kenyans still think the bags are imported. As it reaches out to new shoppers, Sandstorm hopes to leverage the fact that its products are ‘Made in Nairobi’.

“There is a level of disbelief that we can deliver the level of quality that we do and be a Kenyan brand and make everything here – not simply making stuff in China and sticking a label on it. When people find out we make our bags right here, that unlocks an enormous amount of pride. How can we harness that? Making more and more expensive bags for a smaller and smaller number of people is not the way to do it.” 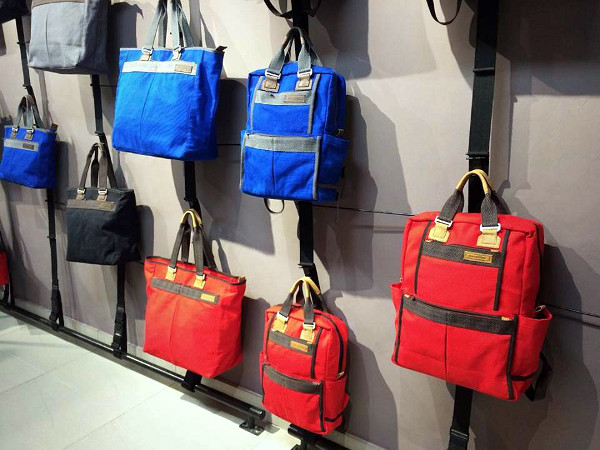 The UK-born entrepreneur says a more widely accessible product range is a solid strategy for any business seeking to increase brand awareness and attract consumers whose purchasing power is set to rise in the near future.

“In three or four years’ time, those guys are all going to have more money and they are going to be buying my [pricier] leather bags,” he says.

But the company has to keep a balance between becoming more accessible and maintaining its premium feel.

“For us as a brand it is important to still be special, be something that people want to own and aspire to own. So it’s about striking a balance between hitting a price point that on the one hand is affordable, but is also aspirational. It’s not about being too cheap, because that is going to hurt us.”

As it woos a new demographic, the company has to adjust to the tastes of Kenyans, which differ slightly from that of foreigners. For example, Sandstorm is adopting colours like red and blue which appeal to young Kenyans who might not appreciate the traditional brown leather look.

“Our product range, whether it’s style or use of colour, has been too static for too long. Retail is a very dynamic business, and the more that you can change your store concept and your product, the better you are going to sell because you are giving people reasons to come back,” says Stephenson.

“But we don’t want to be Versace or Prada. We want to play to our strengths which are functionality and timelessness – but playing with some colours should be a lot more fun and fresher.”