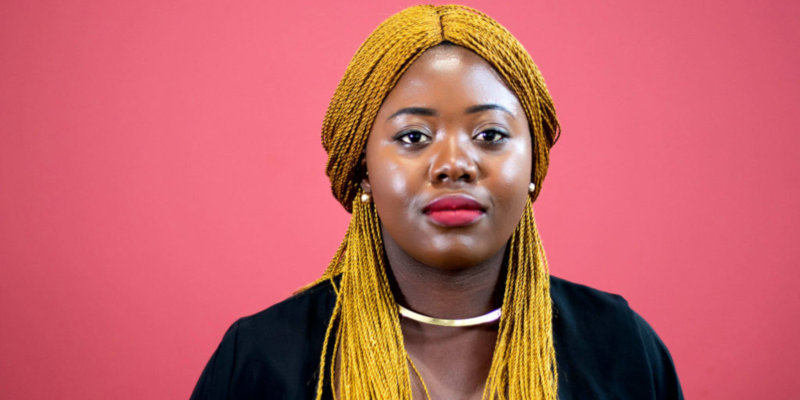 With her award-winning online blood bank, Cameroonian nurse-turned-entrepreneur Melissa Bime won international fame and funding but faced one major problem: working in her own country.

Two years after Bime set up Infiuss – a blood delivery service to stem needless deaths through accidents, childbirth and malarial anaemia – red tape forced her to shut down most of its operations and move some 1,700 km west to Côte d’Ivoire.

“Starting out of Cameroon is a nightmare,” she told the Thomson Reuters Foundation, sitting in a cafe in an upscale part of Cameroon’s capital, Yaounde.

“You have a lot of companies starting and then dying.”

Bime, 23, is one of dozens of entrepreneurs who have set up social enterprises – businesses that aim to do good as well as make profit – in Cameroon. Acclaimed abroad, they face significant problems developing their ventures back home.

Ethical business is growing in the developing world, as ambitious young people seek alternative ways to provide social and environmental services that have been neglected by cash-strapped or inefficient governments.

Cameroon, one of central Africa’s largest economies, does not have a national blood bank and medics usually insist families provide two donors before treating a patient.

With Infiuss, hospital staff or patients can call or text to have the right type of blood delivered from 23 private hospitals across Cameroon. More than 2,000 bags have been dispatched, usually by motorcycle, since 2017.

Bime won $100,000 in 2018 as the African laureate of the Cartier Women’s Initiative, which supports women entrepreneurs, and used the money to build her own Yaounde clinic.

But she could not get a permit from the ministry of health for Infiuss to operate in government hospitals, despite having dozens of meetings, including with the prime minister.

“We needed this permit in order to grow and develop our business,” Bime said, as the majority of Cameroon’s hospitals are government-run.

Cameroon’s ministry of health did not respond to numerous requests for comment.

In Côte d’Ivoire – one of Africa’s fastest growing economies, with a reputation for a favourable business environment – it has been a different story, Bime said.

The minister of public health introduced Bime to major businesses and encouraged them to sponsor her nascent venture.

“His first question was, ‘How do you intend to make it sustainable and profitable?'” Bime recalled. “They’re very receptive to new ideas, and open to trying out new things. It’s a friendlier environment for younger enterprises.”

Other budding social entrepreneurs have had similar struggles in Cameroon, where octogenarian President Paul Biya, has ruled with an iron grip since 1982.

Doctor Conrad Tankou, 32, invented GIC Med, a portable digital microscope that connects to a smartphone to scan for cervical cancers. The device has been used to screen more than 8,000 women in Cameroon.

“Young, health care professionals, they’ve had the early exposure to rural areas and the challenges there,” said Tankou, who won $25,000 at the Next Einstein Forum in 2018.

“These experiences inspired them. They are dreaming about doing something positive.”

Yet he has also faced difficulties obtaining government permission to launch his products.

“It is easier for projects to become well known outside of Cameroon first, in order to then make it in Cameroon,” he said.

Unreliable internet access has been a major hurdle for tech start-ups like Tankou’s, especially in English-speaking parts of Cameroon where the government cut the internet for three months in 2017 in a bid to quell a separatist uprising.

Before the crackdown, the region had been emerging as an unlikely hub for start-up tech firms, dubbed “Silicon Mountain”.

Yet Tankou said the Anglophone crisis has pushed him to broaden the scope of the microscope to diagnose other diseases.

“The conflict gave us more ideas,” he said.

This article was produced by the Thomson Reuters Foundation, the charitable arm of Thomson Reuters, that covers humanitarian news, women’s and LGBT+ rights, human trafficking, property rights, and climate change.