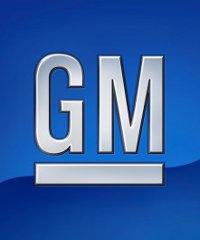 The company yesterday announced that overall vehicle sales in the region have grown by 38.6% during the first five months of 2011 versus the same period last year.

Earlier this year GM said that it had re-organised the business in Africa to support its grand ambitions for the continent. GM’s Sub-Saharan Africa market covers 41 countries with assembly facilities in South Africa and Kenya. The regional headquarters is in South Africa.

So far in 2011, GM has seen exceptionally strong growth in Mozambique, Zimbabwe, Angola and South Africa. The company has identified Nigeria, Angola, Zimbabwe, Ghana, Kenya and Senegal as the countries with the greatest potential.

GM’s brands in Sub-Saharan Africa include Chevrolet, Opel and Isuzu.

In Kenya the firm is investing in the upgrading of a bus assembly plant. This is to capitalise on recently implemented legislation that encourages the use of higher-occupancy busses.

Lourencon said that with a population of around 800 million and a growing middle class, the region “represents a great opportunity for General Motors”.