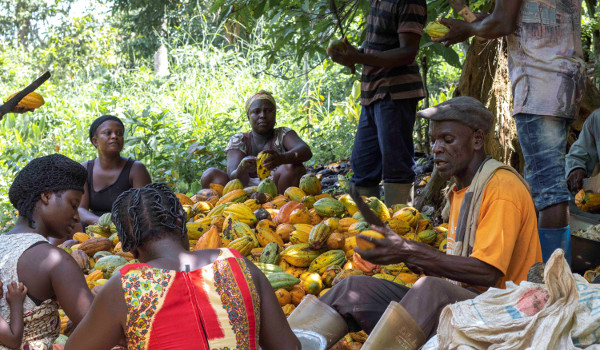 Ghana and Côte d’Ivoire, the world’s two biggest cocoa producers, are looking to introduce a production ceiling for the crop to avoid oversupply and support price stability.

The move is part of efforts to promote Opec-like collaboration on production on marketing activities between the two countries – which account for more than 60% of global cocoa supplies. First announced in 2017 this has also seen them introduce a $400 ‘living income differential’ (LID) per tonne for the 2020/21 season to raise farmer incomes.

The goal is to reduce their exposure to global price volatility and boost sector development.

It’s a rare example of collaboration between African resource producers. From hydrocarbons and minerals, to agricultural commodities like cocoa, the continent is an important global supplier of natural resources.

Yet countries usually go it alone, underutilising their position as commodity suppliers, and undermining their already negligible say over things like global prices.

More collaboration obviously doesn’t automatically mean more influence. Ghana and Côte d’Ivoire face numerous obstacles, and it’s worth noting that the production cap is linked to fears that the LID could trigger overproduction.

That said, it’s hard to see a major downside to better coordination between Africa’s resource exporters.

Kenyan lawmakers have blocked plans by the finance ministry to remove a contentious lending rate cap – 4 percentage points above the benchmark rate – imposed in 2016. The measure has been criticised for restricting private-sector credit growth. More: Reuters

Ethiopia on Wednesday rejected a proposal by Egypt to operate its $4 billion Grand Renaissance Dam, currently under construction. Disagreement about the project, especially its impact on water supplies from the Nile, has held back development since construction began in 2011. More: Reuters

Uganda is reportedly planning to borrow $112 million from the UK’s export credit agency to develop solar-powered irrigation and water systems, aimed at developing its agriculture sector. Britain is ramping up engagement with sub-Saharan Africa as it prepares to leave the European Union. More: Bloomberg

The Global Preparedness Monitoring Board, a panel of experts co-convened by the World Health Organisation and the World Bank, has said international efforts to counter global disease epidemics are “grossly insufficient”. A global pandemic could spread within 36 hours, the panel warns, and could wipe out almost 5% of the global economy. More: Reuters