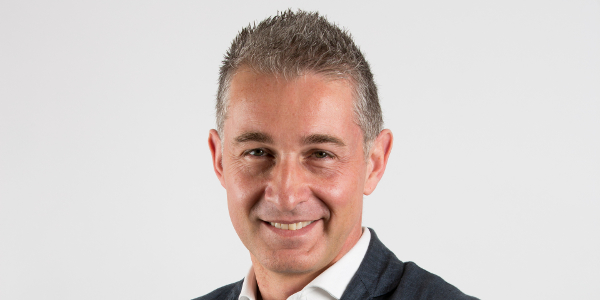 The Barclays Accelerator is part of the bank’s Rise initiative, a global community aimed at facilitating fintech innovation and collaboration. Rise already has hubs in London, Manchester and New York, with one in Cape Town now set to open.

But why has Barclays decided to invest in tech start-ups?

“If you look across the industry many organisations and companies – especially financial institutions – are under threat from disruption, particularly from small financial technology start-ups, or fintechs as we call them,” said Ashley Veasey, chief information officer of Barclays Africa.

“At Barclays we took an approach to – rather than be fearful – actually embrace that challenge.”

Barclays has already run accelerator programmes in London and New York, but the decision to launch in Cape Town is based on finding innovations to assist the bank’s services across the continent, where there are specific challenges including the vast majority of the population being unbanked. Innovations around distribution, artificial intelligence and payments are just some of the solutions the Barclays Accelerator is looking for, noted Veasey.

“When you look at the distribution challenges across Africa, where there isn’t a bank branch for hundreds of miles, then clearly mobile solutions linked to payments is something we are quite interested in,” he continued.

The Cape Town-based programme is open to both African and global start-ups with innovative ideas for the African market.

“We do see a lot of fintech and other technology companies that are very interested in looking at the African opportunity – and so we will be taking applications from across the world.”

One success for Barclays that came from its London-based accelerator is Everledger, a start-up that uses blockchain technology – which is behind bitcoin – to tackle fraud around high-value items. The expensive theft and fraud of items such as diamonds poses challenges to insurers and Veasey noted that Everledger’s solution will benefit Barclays’ insurance business globally, and can assist insurers to potentially lower premiums.

“It has the potential to disrupt the insurance industry,” he added.

Applications are now open for the Cape Town-based accelerator, with the bank expecting to take on between 10 to 20 tech start-ups. During the programme these businesses will have access to data, technology and mentoring from industry experts.

It’s all about the idea

According to Veasey, Barclays is looking to invest in strong, innovative ideas, and is less concerned about the experience or track-record of the entrepreneurs behind it.

“It is predominately about the idea… and a team who has bright eyes and is really engaged and passionate about their idea. So there is no recipe. But it’s usually the combination of the idea itself plus the team behind it; those are the key attributes [we are looking for].”

Veasey noted Barclays is also considering expanding the programme into other countries, most notably Kenya, which has a strong start-up ecosystem.

“We are creating an innovation opportunity and intervention here which could find ideas that could be applied to the rest of the world. But clearly our challenges are in Africa – and that is our primary target.”