Regional trade within Africa remains the lowest in the world compared to other continents. According to the United Nations Economic Commission for Africa (UNECA), over the last decade intra-African trade averaged around a disappointing 10-12%. 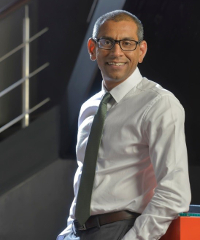 In comparison, intra-European trade in 2009 was at 72%; Asian trade at 52%; North American trade at 48%; and South and Central American trade at 26%. Furthermore, UNECA estimates that over 80% of African country exports are destined for overseas markets, rather than regional.

Experts quote a number of reasons for a lack of regional trade in Africa – from high transport costs, to unclear trade policies, to harassment and corruption at border crossings.

Charles Brewer, DHL Express managing director for sub-Saharan Africa, argues that insufficient trade agreements exist, which in turn does not encourage and drive intra-Africa trade. As a result there tends to be a focus on doing business with regions outside of Africa, such as the United States or China.

According to Yogesh Gokool, head of international banking at Mauritius-based AfrAsia Bank, there is a need to provide financial and liquidity support to intra-African exporters and importers.

“These countries operate in an economically and politically challenging environment and very often they are also cash-strapped. So they need financing in order to boost trade, both within and amongst the African countries,” Gokool told How we made it in Africa.

AfrAsia is the custodian for a new trade finance fund to support and facilitate trade flows between the Common Market for Eastern and Southern Africa (COMESA) trading partners.

The fund was instituted by the Eastern and Southern African Trade and Development Bank (or the PTA Bank), which is the financial arm of COMESA. The minimum target size of the fund is US$250m, and it is looking to raise up to $1bn to provide trade finance support to exporters and importers in the private sector within PTA Bank’s 18 member states.

Gokool noted the fund is aiming to address some of the challenges that private sector exporters and importers face in getting financing from banks.

“For example it is quite administratively heavy to receive facilities from commercial banks. And it can also be quite time consuming… So I believe this fund is in a position to provide an alternative solution in terms of providing liquidity.”

Seeking opportunities in all sectors

The fund is set to become operational in the first quarter of next year, and will look for opportunities across all sectors. A focus will also be on fostering growth in some of the booming industries such as petroleum, fertilisers, agrochemicals, and more traditional commodities like cotton and tobacco.

According to Gokool, trade finance funds, especially ones of this size, are rare on the continent. Some of the reasons, he noted, is that trade financing in Africa comes with its own unique set of challenges and risks. It therefore requires fund managers who have had on-the-ground experience and thus understanding of the Africa-specific environment.