Until March 2014 Malaysia Airlines was just another Asian carrier but months later its name was synonymous with two of the worst air tragedies this year. In the aftermath of the twin disasters of flights MH370 and MH17, the airline faced financial troubles with passengers shunning it, and staff expressing fears of flying again. 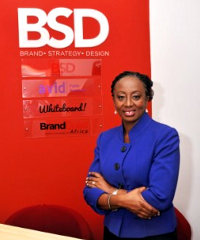 Malaysia Airlines’ experience is just one of many examples of organisations that have suffered financial damage following the ruin of their brand and reputation. Eva Muraya, CEO of the East Africa-focused branding group Brand Strategy and Design (BSD), says with an effective strategy it is possible for an organisation to emerge out of a horror scenario.

An example is the case of US insurance giant AIG which nearly went bankrupt during the 2008 financial crisis, but after being bailed out by the government has since recovered. “It is possible to get out of a crisis irrespective of the magnitude,” says Muraya. “No case is cast in stone.”

Muraya notes that it is critical for organisations to invest in developing a crisis communications plan. While the word ‘crisis’ usually has negative connotations, Muraya notes that for an organisation it could be a positive event such as the CEO being named winner of a coveted prize or even “your CEO’s wife has delivered six babies”.

Not just a name or logo

The branding expert explains a brand is not simply the name or logo of an organisation.

“Brand is the business of business,” she says. The six words are boldly displayed on the wall at the BSD office in Nairobi.

Muraya believes that irrespective of whether a business issue concerns talent acquisition, operations, product development or communication, if not handled with intelligence it impacts on the brand.

“So for example if you hire the wrong person for the right job, your company will be at risk because the poor skill would compromise an otherwise good business strategy. That being the case, every single facet of your business… affects its reputation. The brand is holistic. It’s got to do with every single sphere.”

According to Muraya, looking at brand as a logo as opposed to the meaning of the logo is one of the myths that surround brand building. Another myth is that brand is an expense. In fact it is an asset. Its value can be built by recruiting the right people, developing and managing their talents, offering good customer service, putting credit control measures in place, deploying a good strategy and having a correct pricing model.

A third myth is the assumption that branding is the responsibility of the marketing or the public relations officer. “Brand is the responsibility of the marketing manager tactically, but strategically it should be domiciled in the office of the CEO. That office must ensure the brand’s positioning is well understood and is cascaded intelligently down through the organisation.”

Muraya notes that business leaders in Africa, especially outside of South Africa, have a lot of work to do in building brands that are recognisable across the continent. According to the Brand Africa 100 ranking, the continent’s top 10 brands are dominated by South African firms such as MTN, retailers Woolworths, Shoprite and Pick n Pay, and consumer goods firm Tiger Brands.

“It is a wake-up call for many team captains charged with the responsibility of growing and managing brands that we still have a lot of work to intelligently position our African brands, and get to levels well demonstrated by brands out of Asia, for instance,” says Muraya. “It is also possible for African brands to be grown, promoted, communicated and positioned in ways that begin to drive that larger scale recognition.”

Electronics firms Samsung and LG, telecom services provider Airtel and vehicle manufacturer Toyota are some of the world’s leading brands that have originated from Asia.

Muraya explains that start-ups and SMEs can also succeed in building strong brands without necessarily having big budgets. She urges entrepreneurs not to put off brand building until after they have made lots of money, but instead to start from day one.

“Brand is making and keeping a promise so that you are distinctly recorded in the mind of your consumer for the right thing. By doing the right thing consistently in a different way, and using instruments that get people to repeatedly come to you, that is already brand building.”

Social media is one of the tools that organisations can use to promote and communicate their brands although Muraya warns that it is a double-edged sword and should be handled intelligently.

“The reality of social media is such that more than before people responsible for the management and advancement of brand must be especially aware that you can also break a brand in a day because of social media,” she says. “On the other hand it can advance your business by referring, by celebrating and by promoting your brand without much investment.”