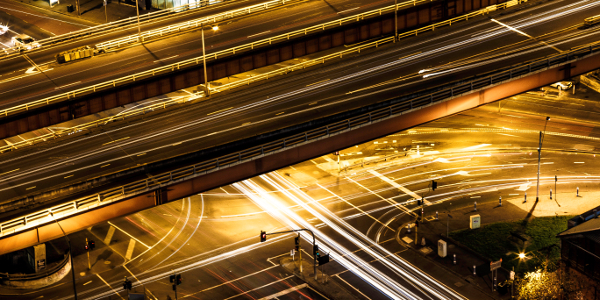 Financing commitments for infrastructure projects in Africa rose 24% in 2018 to $100.8 billion, surpassing the $100 billion mark for the first time, according to new data from the Infrastructure Consortium for Africa.

It’s Infrastructure Financing Trends 2018 report provides a breakdown of where this money is going, and where it’s coming from.

African governments are the top source of financing at $37.52 billion, or 37% of the total. This is followed by Asia on $25.95 billion, driven almost entirely by China, which accounts for $25.68 billion. The number confirms Beijing’s role as one of the main drivers of infrastructure funding on the continent since the turn of the century.

This stands in stark contrast to Europe and the Americas, which account for just $6 billion and a paltry $336 million respectively. Most of Europe’s funding is coming from the European Infrastructure Investment Bank ($2.2 billion), France ($1.94 billion) and Germany ($1.6 billion). The US, despite much rhetoric about investing in Africa in recent years, committed just $297 million in 2018.

Multilaterals, led by the World Bank and African Development Bank, accounted for $13.36 billion, while the private sector mustered $11.8 billion.

It’s an interesting snapshot of who is paying for Africa’s infrastructure.

Three of the four parties in Ethiopia’s ruling coalition, the Ethiopian People’s Revolutionary Democratic Front, have formed a new joint ‘Prosperity Party’ to contest general elections planned for 2020. The Tigray People’s Liberation Front, which had dominated the coalition before the appointment of Abiy Ahmed as prime minister in April 2018, has reportedly rejected the move. More: Africanews

South African authorities on Thursday arrested former minister of state security Bongani Bongo, who served under ex-president Jacob Zuma, on corruption charges. The arrest is part of a pledge by current president Cyril Ramaphosa to tackle alleged widespread corruption under Zuma, who was in power from 2009 to 2018. More: Reuters

China has released phase one of funding of a contentious $2 billion infrastructure deal with Ghana, which grants Beijing access to bauxite reserves in the West African country. The deal has been criticised for a lack of transparency, and its potential to add to a rising debt burden. More: CNBC

Oil major Exxon Mobil is reportedly planning to sell its operations in Chad and Equatorial Guinea, as well as part of its operations in Nigeria, in a $25 billion asset disposal. This is said to be aimed at freeing up capital to focus on a number of ‘mega-projects’. More: Reuters