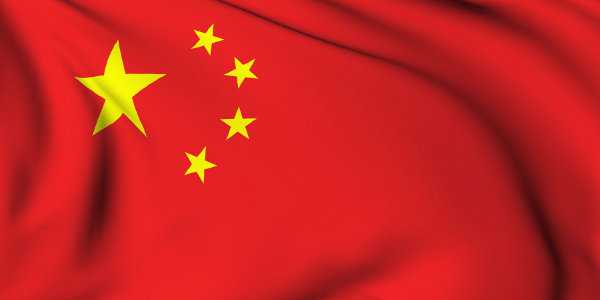 China’s expanding presence in sub-Saharan Africa has been a major catalyst for growth in the region. Contrary to widespread opinion, its engagement covers all aspects of development. Stronger domestic policies will help countries in the region increase the gains from this growing partnership.

A few years back, I had the opportunity to attend a documentary screening of “When China Met Africa” at the Freer Gallery in D.C. Set in Zambia, the film follows the lives of a Chinese farmer, a Chinese foreman under pressure to complete a highway expansion project, and Zambia’s trade minister, whose negotiations with the Chinese government could bring in millions of investment dollars.

The film provides a fascinating fly-on-the-wall account of the impact of China on Zambia, both good and bad. But what struck me was that the relationship is complex, multi-layered and evolving. There are palpable frictions, as two great and very different civilisations come together (and plenty of miscommunication as the film shows), but also myriad opportunities.

What China brings to the table

Take trade, which has risen from negligible levels in 2000 to more than US$170bn in 2013, and which has surpassed that with the US. While commodities dominate sub-Saharan Africa’s exports to China, exports to the US, the EU, and major emerging market economies are even more concentrated in commodities.

But African manufacturers also have increasing access to Chinese markets, and exports are rising. In part this reflects Chinese firms’ efforts to develop global value-chains in the region. Examples include investment in manufacturing clusters in Ethiopia (glass, fur, footwear, and automobiles), Mali (sugar refineries), and Uganda (textiles and steel pipe manufacturing). Added to this, since 2012 China has eliminated tariffs for 30 least developed African countries (covering about 60% of their exports).

Furthermore, China is the largest developing country foreign investor in Africa. Although estimates vary across data sources, the officially reported stock of Chinese FDI in Africa was estimated at $21bn in 2012, a doubling since 2009. China has emerged as a major source of exploration and development finance, including in major metals and minerals projects, and infrastructure investments (Côte d’Ivoire, Eritrea, Ethiopia, Uganda). Chinese investment in other sectors is also substantial, including in manufacturing.

Finally, Africa received nearly half of the cumulative (starting from the 1960s through to 2012) $54bn provided by China in global foreign aid, significantly more than any other region. Although current Chinese aid is much lower than aggregate aid from OECD ($3.2bn in 2013 vs $26bn) it has increased rapidly in recent years as OECD disbursements have declined. And Chinese assistance to social development projects such as the construction of schools, hospitals, and water supply systems is also increasing, as is the aid being channeled through multilateral development banks.

China has already transformed Africa. Its growing presence has supported growth, filled important infrastructure gaps, and encouraged supply-chain integration. (Improved infrastructure is estimated to have contributed more than half of Africa’s growth performance in the pre-2008 decade.) Chinese FDI has had a significant impact on growth in the Democratic Republic of Congo, Madagascar, Nigeria, and Zambia.

African consumers have benefited from cheaper Chinese imports, although there has been some displacement of local industries. Chinese finance, which is often packaged as a combination of aid, trade terms, and investment finance, has broadened choices for African governments.

However, slower growth in China has contributed to downward pressure on global commodity prices and is taking a toll on resource-rich sub-Saharan Africa countries. That said, over the medium term Chinese economic engagement should continue to grow, as reflected in recent proposals by the Chinese government to invest in regional rail networks, eventually linking five East African countries. This also comes across in “When China Met Africa,” which shows the determination, pragmatism, and the work ethic of Chinese businessmen looking to engage over the long-haul in a continent that has been overlooked by other outside investors for too long.

African policy makers need to leverage this growing partnership, but keep in mind that it is not the only one. For all of the benefits that China brings to the continent, policy makers should remember that several other major emerging economies have an interest in the region, its resources, and its markets. And traditional OECD partners also remain important – the magnitude of their aid, investment, and trade flows is (in aggregate) larger than that from China. Evidence also suggests that sub-Saharan Africa is failing to fully exploit its comparative advantage in agriculture to expand its export presence China, likely reflecting structural inefficiencies and logistical constraints.

African leaders need to focus on improving domestic policies that reform institutions, increase transparency (especially in mining), improve business environments, and promote the development of human capital. This would encourage investment, both domestic and foreign.

African policy makers would also benefit from closer economic cooperation among themselves – for instance, harmonising laws and facilitating cross-border business and collaboration. This could strengthen their bargaining, lower the costs of bureaucracy, and improve competitiveness.