Africa’s resource wealth has long been viewed as a key to unlocking potential economic gains, but the reality has so far fallen short of the created expectation. However, even though the continent has not yet capitalised fully on its potential underground riches, African growth will be underpinned by rising commodity quantities in the coming decade. 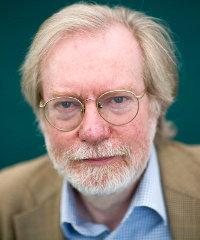 This is the view of Sir Paul Collier from Oxford University’s Centre for the Study of African Economies, in his latest report for the Investec Investment Institute, entitled The long view: Making the most of Africa’s natural resources. The report examines whether the onset of resource revenues has been a catalyst for broader growth. It also discusses how successful African governments have been at harnessing natural resources for better development and the challenge of good natural resource policies.

According to Collier’s research, as at 2000, Africa’s known sub-soil assets averaged US$60,000 per square mile. In contrast, the equivalent figure for the OECD was $300,000. The reason for this gap is not because Africa has fewer natural resources underground, but merely due to the fact that the OECD has historically had much more investment in prospecting and discovery than Africa had.

He goes on to note that: “Locked away underneath Africa are natural assets of immense value, which during the commodity boom of the past decade have started to be prospected in earnest. Landmark discoveries include oil in Kenya and Uganda and gas in Mozambique and Tanzania. Through triggering investment in prospecting, [Africa] has underpinned the prospects for sustained growth.”

Will Africa’s treasure chest slam shut after the super-cycle?

“A key question is whether, with the end of the super-cycle in commodities, investment in prospecting will fall back to its pre-boom levels, i.e. will the lid on Africa’s treasure chest slam shut again?”

While Africa suffered boom-bust cycles from the 1970s through to the Millennium, Collier believes the super-cycle of the past decade has fundamentally changed the region’s prospects. “Through triggering investment in prospecting it has underpinned the prospects for sustained growth. Africa was so lightly prospected that discoveries are rapidly transforming the region.

“The decade of discovery has paved the way for a decade of growth through rising extraction. Revenues from rising quantities will bring a newfound stability to economies accustomed to volatility due to price shocks. Despite the market volatility of the past 18 months, the fundamentals of costs and risks favour continued prospecting.

“China thinks long-term about Africa’s natural resources, and this alone will force the major international resource extraction companies to look beyond the short-term squeeze on profits as resource prices somewhat soften.”

However, as many African observers have noted, harnessing natural resources for prosperity is difficult. “African governments will be tempted by the potent opportunities for rent-seeking, and citizen activism – while countering these pressures – will be tempted to demand populist pay-offs rather than productive investment.”

Collier notes that while some societies will succumb to these destructive pressures, it takes a lot of mistakes before major opportunities are forfeited.

Africa is aware of its past mistakes

“Across the region both governments and their citizens are acutely aware of the past African history of resources extraction as a missed opportunity. The successes of the past decade broke despondency; the global crisis taught a sense of caution.

“The coming decade should see the onset of reasonable management of the new opportunities in some countries, alongside continuing serious mismanagement in others. In the shorter term, the expectation of substantial variance in performance places a premium upon investor knowledge. But in the longer term, variations in performance encourage social learning: the unsuccessful societies copy their more successful peers. At last, Africa is developing role models.”