In the Survey of Mining Companies – 2010 Mid-year Update, published by the Fraser Institute, three miners give their views about the industry in Africa. Do you agree? Please comment below. 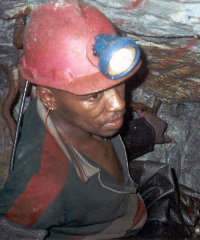 “Tanzania has proceeded to adopt a xenophobic attitude to all foreign investment. The country is sliding back into old communist political rhetoric and responding to misinformed social reaction against mining. Over the past 5 years Tanzania has changed from a country encouraging foreign mining investment to one which actively discourages new investment, constantly harasses resident foreign miners, and keeps changing the laws and regulations or abusing the operation of current laws and regulations to the detriment of the foreign miner and the benefit of the corrupt government.”
– A producer company with more than US$50 million revenue, vice-president

“The apparent hardening attitude towards mining in Africa is not simple. Lack of transparency and an absence of public understanding of the industry is often manipulated by politicians/civil servants either for self gain or to cover for their failure to deliver meaningful service to the people. Add to this the Chinese way of doing things and risk will continue to increase unless we get out there and start educating.”
– A producer company with more than US$50 million revenue, manager

“Access to reliable power in South Africa will present problems. Africa, having some of the world’s most significant undeveloped resources, has one of the most attractive jurisdictions with respect to exploration and development – Botswana – and one of the worse – DRC.”
– An exploration company, vice-president