When he started a business in 2008, computer science graduate Benedict Tesha had high hopes of leveraging the popularity of SMS in Tanzania. But three years later his company had collapsed with more than US$20,000 in unpaid debts. 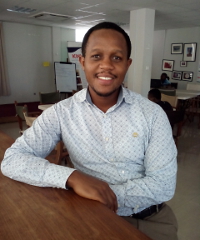 Not one to give up, Tesha embarked on his second venture, Jamaa Technologies, a software development company that targets cash-strapped SMEs.

He explains to How we made it in Africa there is a massive shortage for skilled software developers in Tanzania. As a result, large companies, including banks and mobile service providers, throw a lot of money at the best talent in the market.

“Small companies lose out because they can’t afford to pay developers. Hence a lot of SMEs in Tanzania have not automated their services,” he explains.

“A person like myself can work for [mobile operators] Vodacom or Airtel and make a lot of money. But I chose to identify the challenges small business owners face, build cloud-based solutions and sell that to multiple small companies.”

One of the solutions Jamaa Technologies has developed is the Bluelight Inventory Management System, a product which enables businesses to keep track of the purchases, stock, reorder levels, supplies and billing. The company is also currently building Kweebo, an online marketplace targeted at small traders.

Learning from past mistakes

“We make quick money with graphics design and website development. This is an avenue to generate cash flow to keep the business alive as we focus on the big picture that is Jamaa Technologies,” he says.

Tesha took this approach to avoid having to get a business partner or an investor, that would bring nothing more to the table than capital. He argues that capital is not the most important resource that these kinds of stakeholders need to bring to a new company.

For example, in his first business QVC Company Limited, Tesha partnered with a friend who shared his vision. To get the business running they needed $18,000 to pay for licences, get SMS short-code numbers and enter into partnerships with mobile and internet service providers.

“We brought in an investor who did finance the company, but he lacked the capability to provide any other value beyond that in terms of vision and strategy. He became CEO and was making all the decisions. We had ideas and a vision but to implement them we had to go through him and sometimes he failed to share the same vision. Eventually he had more power than us,” Tesha recalls.

“I learnt that to have a successful business you don’t only need money.”

“For instance, we made Tsh.250m (about $136,000) in an SMS betting project, which is not a lot, but we made it in just four months. The business had good potential but the management was poor.”

The failure of QVC also taught Tesha to be more cautious with whom he deals with and to think things through. He narrates how QVC accumulated thousands of dollars in debt because of poor oversight. For example, the company had partnered with distributors and suppliers to do home shopping via TV. Customers would enter SMS bidding competitions to buy electronics, for instance, at cheaper than market prices. And QVC had agreements with suppliers to take products on discount and credit.

It worked well in the beginning, with the company making around Tsh.25m (about $13,500) gross profit in the first month. “But we found our team, which was handling the sourcing, had taken more product than we needed,” explains Tesha.

“They were selling the extra products through a different channel the company was not aware off. The suppliers gave us invoices bigger than we expected. It was a lot of money.”

Although he and his team managed to pay back the suppliers, they were unable to raise $20,000 to renew their licence with the Tanzania Communications Regulatory Authority (TCRA) and to pay debts owed to mobile and internet service providers.

“There was no way we could afford that money. So the TCRA revoked our licence and ultimately the company was dead.”

Vision one thing, reality another

But Tesha says he has no regrets and looks at the failure of his first venture as a learning experience.

“Working with people who don’t share your vision is a big mistake. Having a dream or a vision is one thing; making it a reality is something different,” he notes.

“I have learnt to have a long-term focus and find alternative ways of raising money and settling bills as I focus on the big picture.”