“It’s a convenience thing. People will use the channel and the touch point most convenient to them.” This is according to Richard Malcolm, south and east African regional vice president for Western Union. The US-based company provides global payments services, allowing consumers and businesses to send and receive money around the world. 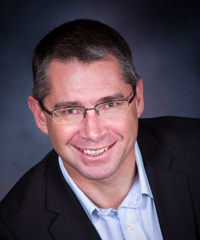 While Western Union reportedly has 27,000 brick and mortar agent locations spanning 50 countries in Africa, it has focused its attention on expanding its alternative or digital transaction channels. For example, integrating with more mobile networks and allowing people to receive transactions through prepaid cards.

Malcolm said the company is also working with a bank in Kenya, where it will be announced soon that the bank has introduced the ability to receive Western Union transactions from its ATMs.

A reason why mobile and digital channels have become a key focus of Western Union’s business in Africa is that they are generally the most convenient transaction methods for many people across the continent.

“I think if you take an average of Africa, you will probably find that the average, let’s call it banked population, is probably less than 10% across Africa. You have some countries that are performing better, like South Africa where it’s about 50%.”

However, while a large majority of the African population might not have a bank account, a large percentage has mobile phones which they use to make payments and transactions. Kenya, for example, has 30.7 million mobile subscribers, a penetration of 78%, according to recent research by the Communications Commission of Kenya.

“Kenya was a single digit banked population, probably in the mid 2000s [or] the early 2000s,” said Malcolm. “After their very spectacular and interesting M-Pesa product… we see today that Kenyans are probably around, even over, 70% financially included. So the mobile phone is everywhere and it’s invaluable.”

Malcolm said remittances into Africa are a big part of Western Union’s business, adding that many African countries rely on these money transfers as a GDP input.

“In fact, [for] many countries in Africa over 30% of their GDP is relying on remittances… if you reduce the transaction to its most basic form you have an Ethiopian who lived out in a rural area, has left, is working now in, let’s say, the United Arab Emirates (UAE)… they will be working as a maid or a driver in the UAE [and] sending money back to their rural family or dependents who may be in a village or on a farm. That money goes back into the local economy, into a micro economy, and it empowers that micro economy, it empowers the village, it empowers the farm, and it leads to micro growth,” explained Malcolm.

“These [are] little hot spots of growth, as this money comes in and people in Ethiopia, in that family, use it to buy school uniforms, to buy food, and just generally support themselves,” he continued. “So really you cannot underestimate the relevance and importance of remittances into an under-financed environment.”

Western Union also opened a location in Hargesia, Somaliland in 2011 where Malcolm said it is seeing transactions go into the autonomous economic region from places like the UK and US. “And you cannot imagine just how important this is for the people in that type of environment.”

He added that Zimbabweans, who have moved into neighbouring Southern African countries, are another large remittance market.

“Each country sometimes requires very unique and specific solutions, particular to the personality or the characteristic of that country… So for the Zimbabweans in South Africa sending back to Zimbabwe, we want to find services that work for them, that they have a need for,” explained Malcolm. “So this is really our approach and we will take this in the direction customers need.”

His advice to foreign multinational companies looking to expand into African markets is to focus on the unique differences in each market. “Even neighbouring countries can be worlds apart, and to try and lump them together is inappropriate. You will bring products to the market that you believe work but the customers don’t need. So really focus on the customer need.”