McKinsey recently published some research which noted that senior executives searching for growth face a stark new reality: roughly 400 mid-size cities in emerging markets – cities they mostly will have never heard of – are posed to generate nearly 40% of global growth over the next 15 years. 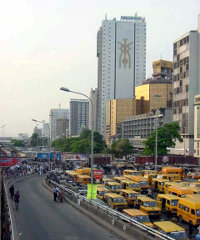 That’s more growth than the combined total of all developed economies plus the emerging markets’ megacities (those with populations of more than ten million, such as Mumbai, São Paulo and Shanghai), which together have been the historic focus of most multinationals.

Thus learning about consumer attitudes in the emerging markets’ “middleweight” cities (three-quarters of which have less than two million people), figuring out market entry strategies for them, and deciding how to allocate resources within and across them will all be crucial priorities in the years ahead.

This new research from McKinsey – whose findings draw on the MGI Cityscope, a global database of more than 2,000 cities – says mid-size cities in emerging markets are poised not only to generate much of the world’s growth in the years ahead, but also to become dramatically richer.

By 2025, for instance, more of the world’s middle-class households will be in emerging rather than in developed markets. Companies selling products for middle-class children and retirees alike will find many of their biggest markets in emerging economies. The same will be true for infrastructure and basic-material companies that are helping to create these rapidly growing cities.

Not surprisingly, Chinese cities are expected to lead the way in terms of the expected shift. Looking at Africa, the research notes that Sub-Saharan Africa is still in an early stage of urbanisation with many of the 143 cities of the MGI Cityscope clustered on the continent’s west coast. Today, these cities generate US$0.5 trillion in GDP – 50% of the region’s GDP.

By 2025, MGI sees their GDP almost tripling to $1.5 trillion, boosting their share of the regional total to more than 60%. ‘Middleweights’ (emerging region cities with current populations of between 150,000 and ten million inhabitants) are expected to contribute all of this growth. MGI expects large middleweights and some small middleweights to outperform the region’s largest city of Lagos.

This analysis helps confirm the view held by most frontier market investors that West Africa in particular, driven by Nigeria, is a hotspot for buying into the continent’s consumer driven growth story.