There is a strong demand for retail space in both Nigeria and Ghana, driven largely by a growing middle-class and interest from international brands to enter the West African market. 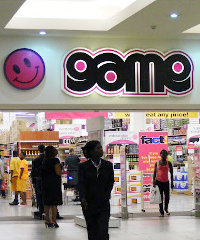 South African retailer Game is one of the anchor tenants at the Accra Mall in Ghana's capital.

Property group Broll notes that growing interest in Africa as a business destination is resulting in a significant uptick in the demand for quality retail space.

Demand for retail outlets in Africa’s most populous country Nigeria has increased significantly over the past 12 months. According to Broll, this was driven by rising urbanisation and consumerism, as well as a swelling middle-class.

In its 2011 annual property report, Broll notes that the lifting of a ban on imported textiles has sparked interest from a number of South African retailers to enter the Nigerian market, including Pep, Mr Price, Woolworths, Foschini and Truworths. “It may not be long before we see larger malls of between 30,000 m2 and 40,000 m2, stocking more international brands, being developed. However, finding suitable sites remains a challenge,” says the company.

In Ghana, Broll is also seeing a growing need for retail space, with a number of smaller shopping centres of less than 5,000m2 coming online. South African and international brands continue to enter the Ghanaian market, but at a slower pace when compared with Nigeria. Broll says that the Accra Mall is currently the only world-class shopping centre in Ghana, and attracts more than 7 million shoppers a year.

“The high GDP growth supported by the discovery of oil, a growing middle-class, and the movement towards urbanisation and consumerism, has resulted in renewed interest from developers and it is estimated that approximately 110,000 m2 of retail space will come on stream over the next 12 to 24 months.”