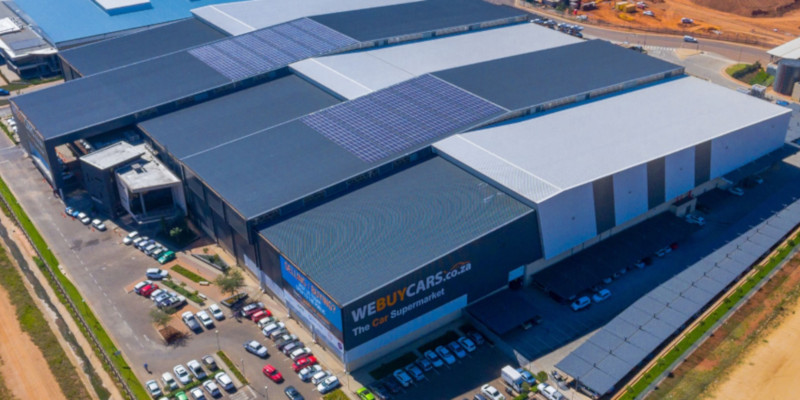 It doesn’t get much more traditional in business than buying and selling used cars. But WeBuyCars has become South Africa’s largest second-hand car retailer by going digital.

WeBuyCars started as a hobby for brothers Faan and Dirk van der Walt two decades ago in the town of Bronkhorstspruit, an hour’s drive east of Pretoria, South Africa’s capital. As a teenager, Faan would buy, fix up and sell pre-owned cars, having learned repairs – along with his brother Dirk – from their father. The hobby continued, even as Faan grew older and studied to be a teacher.

The business grew rapidly over the years, largely because they adapted to challenges along the way, particularly amidst various economic crises. Currently, the business employs hundreds of staff, with more than 124 buyers around the country, and more than 200 drivers who pick up cars daily and deliver them all over South Africa. In a single month, the company trades roughly 6,000 cars and has in total eight offices and eight warehouses located across Gauteng, the Western Cape, the Eastern Cape and KwaZulu-Natal.

For 16 years, WeBuyCars had been self-funded with negligible operational debt, and year-on-year revenue growth of roughly 60%. Financially the business was sound, but further expansion required increasing digitalisation and a bigger cash infusion.

The brothers found a willing partner in Fledge Capital, a South African investment firm – an investor that offered both technical and business expertise. They also brought knowledge of how to scale the business, mergers and acquisitions. Over time, the company sold 40% of the business to Fledge Capital.

The brothers viewed this as a necessary sacrifice. “Due to the knowledge and expertise that Fledge brought to the table it was not a difficult decision to make,” says Faan. “We realised that we had to do this to digitally transform and expand market share.”

Until November 2018 much of the business, including its inventory management process (the number of vehicles bought and sold) was kept on Excel spreadsheets. Only the buying process was automated. As the number of transactions grew, it was becoming a huge burden for staff to handle the additional workload.

WeBuyCars decided to start with an inventory management system. But compounding the problem was the fact that WeBuyCars only had a small development team at the time, and lacked the capacity to develop a system internally. Buying something off the shelf would unlikely meet their needs. The company could outsource the entire project, but that also didn’t seem right as the brothers worried that the process would be too slow and the market was changing quickly. In the end, they chose to use an external development house, to custom-build a system, working along with the existing WeBuyCars team – a solution that wouldn’t require additional permanent staff.

Still, hiring new staff seemed inevitable. They started with a chief digital officer, along with developers and a data scientist. The profile of workers also changed. WeBuyCars began recruiting more technically-skilled workers, especially those from diverse backgrounds and with a “problem-solving” mind-set. The feeling was that these attributes would help to create a workforce that took a more proactive and innovative approach to challenges.

After implementing the inventory management system, it became clear that the company’s data was a significant asset. So the brothers set about building a database. For the first time, the business was producing real-time statistics on the buying and selling of cars, which helped to make decisions faster and review the business more effectively.

More recently, WeBuyCars has started using artificial intelligence to analyse data and better price vehicles. This means the company can scale the business without adding resources. Currently, 50% of pricing can be determined in this way but the company is testing the accuracy of these prices with price-makers to confirm if they agree with these prices.

One of the most significant effects of the changes has been on employees’ lives. Previously, employees were used to spend long frustrating hours on routine administrative tasks. Automating the business has allowed them to deal with far larger volumes of trade and has freed up time for them to work with solutions to improve the business.

While there have been challenges along the way – getting the balance right between quality and cost, for example – the digital journey on which the brothers embarked a little over 18 months ago seems to be paying off. WeBuyCars has dramatically increased its business, more than doubling the number of buyers it signs to 124 in roughly a year, and also doubling the number of cars it trades to almost 6,000 cars each month. By year’s end WeBuyCars expects to be trading more than 7,500 cars a month.