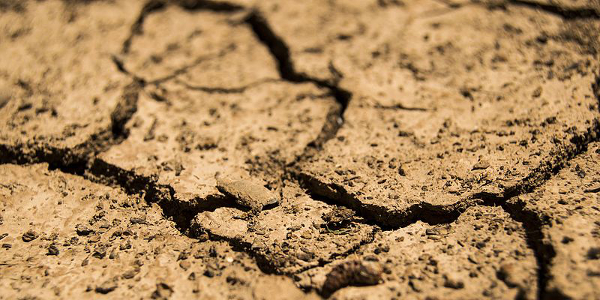 The El Niño weather phenomenon has wreaked havoc in South Africa over the past 18 months with 2015 having delivered the lowest national annual rainfall since 1904 and dipping below levels experienced during the severe drought in 1992.

El Niño (warm phase) and La Niña (cold phase) are opposite phases of the El Niño-Southern Oscillation (ENSO) cycle and refers to complex weather patterns resulting from variations in ocean temperatures in the Equatorial Pacific region. These deviations influence atmospheric circulation which in turn impacts global weather patterns. These phases eventuate, on average, every two to seven years and typically last between nine and 12 months, with the El Niño phase occurring more frequently. 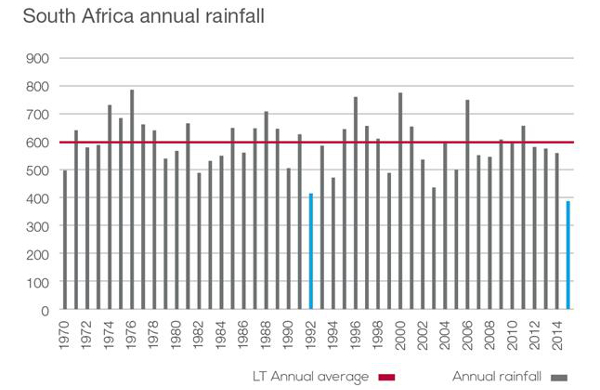 The impact of the most recent El Niño-induced drought has been particularly severe for the South African farming community with many South African commercial farmers buckling under mounting debt and considering selling their farms. Agri South Africa estimates that approximately 50% of commercial farmers are under financial distress with their collective debt amounting to R125bn (US$8.67bn) following last season. Agriculture’s contribution to the broader economy has reduced significantly over the last few decades and the sector contributed only 2.4% to GDP in 2015.

While this contribution is small, it is extremely valuable. Having a thriving agriculture sector creates employment, ensures food security, and keeps food inflation in check.

As it stands, the drought coupled with a weak local macroeconomic environment and consequent depreciation of the rand has resulted in excessive food inflation. The graph below illustrates how food inflation has increased significantly since December 2015. In particular, prices of fruit and vegetables, oils and fats, bread and cereals and sugar and desserts have risen sharply since the beginning of the year. 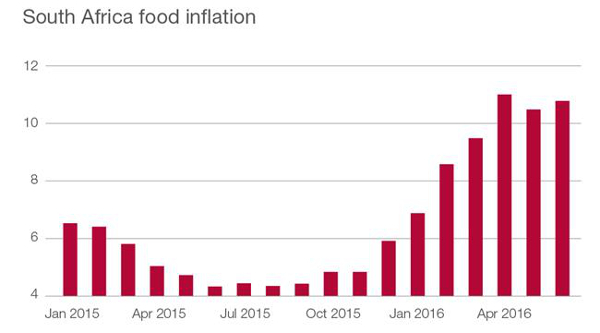 Two out of these four categories are grain-based where local supply has been limited due to recent drought conditions, necessitating the import of more maize and wheat than in the past – at higher prices because of the weak rand. Grain-based products are a staple food for rural households in South Africa who spend up to 40% of their total income on food. These poorer households are therefore coming under significant pressure as a weak economic growth environment limits wage and employment growth and food becomes more expensive.

That being said, it appears, from the internal food inflation numbers disclosed by the food retailers, that they have avoided passing on the full effects of food price increases to consumers in a bid to retain market share in a weak consumer environment. Going forward, should these higher food prices persist, food retailers may no longer be in a position to absorb further price increases.

But wait; is that the pitter patter of rain?

Recent South African Weather Service observations indicate the steady decay of the El Niño phase and predict the possible development of a moderate La Niña impact towards late spring and summer 2016/17. This should lead to above average rainfall which could enhance soil moisture and improve planting conditions. This would provide a much needed boost to the agriculture sector and take pressure off food prices (although higher meat prices are likely to persist beyond the drought as herds are rebuilt). The positive impact of this is wide spread – should we experience a sustained temperance in food price increases, it could lead to a declining rate of inflation (all things being equal), which in turn will reduce pressure on the SARB to raise interest rates. The combination of a lower inflation rate and interest rate reprieve will give consumers across the income spectrum some much needed breathing room.

We nevertheless continue to expect the impact of the drought to translate into higher food prices and for food inflation to average 10.8% y/y in 2016, peaking at 12% in the last quarter of this year. Whilst food inflation has maintained its upward trajectory, price moderation in some basic food items has become evident on a month on month basis.