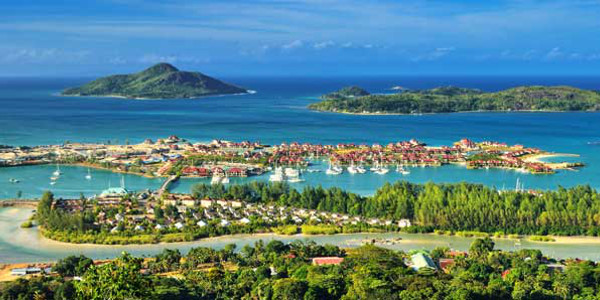 Seychelles is the only territory on the continent that grants visa-free entry to all Africans.

For Africans, travelling the continent can be tedious, as only 10 of its 55 territories grant either visa-free entry or visas on arrival to all Africans. In fact, it can be easier for Americans or Europeans to travel the continent than for its own citizens. This impacts economic growth, as restrictions to the free movement of people ultimately limits intra-regional trade, investment and business expansion.

However, according to the African Development Bank’s Africa Visa Openness Report, there have been some improvements. The report measures and ranks countries by how easy it is for visitors from other African states to gain entry (i.e. whether they get visa-free access, visas on arrival, or have to apply for a visa). In 2016, over a third of countries introduced more liberal visa policies. These include South Africa, which has approved a 10-year multiple-entry visa for African businesspeople and academics, as well as São Tomé et Príncipe granting 13 African countries visa-free access.

But it is Ghana that has made the greatest progress – it has jumped to sixth place on the index, up from 22nd in 2015. Former president John Dramani Mahama announced last year a decision to issue visas on arrival for African Union member states, valid for 30 days. These are currently issued at Accra’s Kotoka International Airport, with other ports of entry expected to follow suit. Ghana now offers visa-free access to nearly a third of all African countries, and visas on arrival to about two-thirds.

Senegal, Tunisia and Malawi have also made noticeable improvements. Senegal has joined the top 20 countries on the index (ranked in 15th place), currently granting visa-free access to 42 countries (up from 16 in 2015). Tunisia now provides 21 countries visa-free entry, while Malawi offers liberal access to citizens of half the countries on the continent (up from a third in 2015).

Seychelles remains in the top position, and is the only territory on the continent to grant visa-free access to all Africans.