The 2017 Investing in African Mining Indaba, held in Cape Town this week, saw companies showcase various products and services targeted at the mining industry. Here are some of the more innovative and interesting ideas. 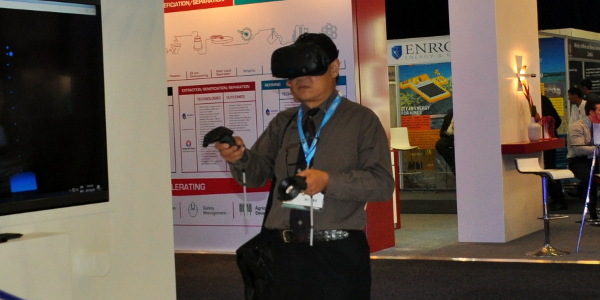 A 3D-technology company, Dassault Systemes, showcased a demo version of its virtual mine idea this year. It uses computer technology and data (such as high-resolution images) to create a simulated, 3D replication of an actual mine, which users can then explore and interact with. By putting on a virtual-reality headset, mining executives and professionals can feel like they have stepped into their real-life mine without leaving the comfort of their office.

The technology is still in its idea stage and not yet available on the market. However, management believes there is potential to use it for equipment and safety training, as well as risk analysis. 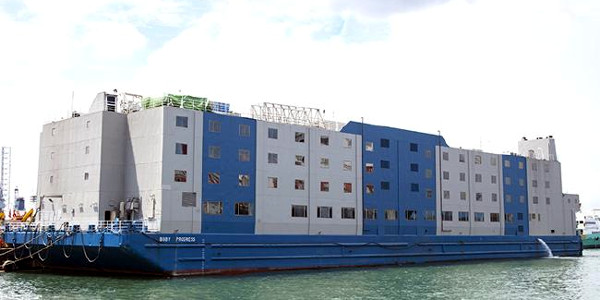 UK-based Bibby Maritime is targeting off-shore or near-shore projects in remote areas that need accommodation facilities. Their solution: floating hotels which have their own restaurants, bars, gyms and en-suite rooms.

The company owns five barges, which can accommodate between 155 and 337 guests, depending on its size. They have the feel of a hotel and can be towed to reach offshore oil rigs, or up large rivers to remote mining sites. Bibby is targeting mining and oil and gas companies that don’t have the time or money to build traditional accommodation to house their executives or foreign workforce – as well as those that simply require a quick housing solution.

Carl McLaughlin, the company’s commercial director, noted these floating hotels have already been used for projects in Angola and Nigeria, and leave no footprint after they have gone. 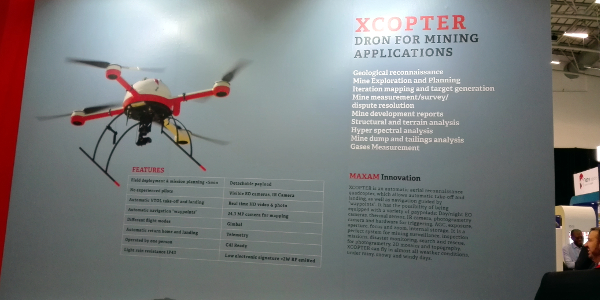 Maxam, a company that specialises in blasting solutions and associated services, has designed an automated drone specifically for the mining industry. The unmanned aerial vehicle (UAV) is about 1.7m long and wide, and can be used for mine exploration and planning, structural and terrain analysis, inspection missions, fume detection, disaster monitoring, as well as for search and rescue.

According to Manuel Martín Flórez, the company’s sales director, drone technology is already being used in sectors such as agriculture and transport, but is still relatively new to the mining industry. His company was the only one to market drones at this year’s Mining Indaba. 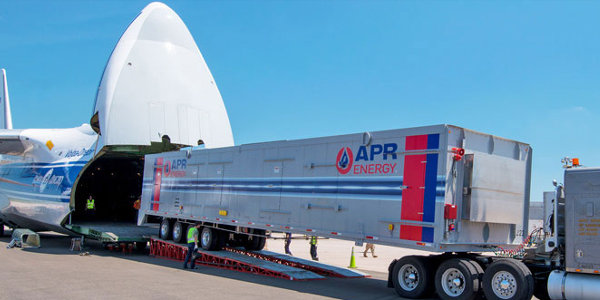 Similarly to Bibby Maritime’s floating hotel-like accommodation, APR Energy is offering mobile power plants – including gas turbine and diesel power modules. They can easily be transported by road on trucks (they are the size of a shipping container) and provide reliable power to projects in remote areas that don’t have a steady supply of electricity – which is often the case in Africa.

To date, these mobile power plants have been hired by companies in 11 African countries – across various industries. Alan Chapple, the company’s corporate communications manager, said they are especially attractive to the mining industry during times of depressed commodity prices because it lowers capital expenditure as companies don’t have to build new plants to power their projects. It also means that projects can access steady electricity a lot quicker than if companies had to first spend months constructing their own power plants. 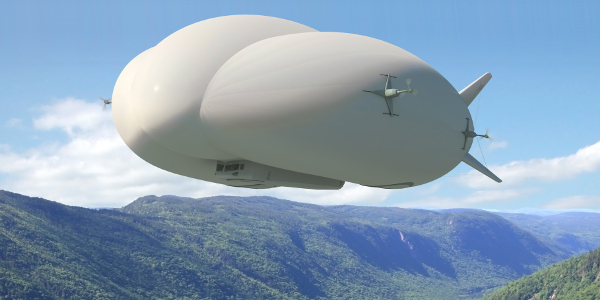 Lockheed Martin, an American aerospace and security technologies company, was once again marketing its Hybrid Airship at the Mining Indaba. The blimp-like aircraft – which is filled with helium and not the highly-flammable hydrogen, which was responsible for the Hindenburg disaster in 1937 – can transport heavy cargo to and from locations lacking road and rail infrastructure. They are fitted with an air cushion landing system, and therefore don’t require a runway or airport infrastructure. It can land in terrains of sand, rock, grass, ice, mud, snow or even open water, and can carry loads of up to 21,000kg.

Hybrid Enterprises, the company mandated to exclusively market the crafts for Lockheed Martin, has managed to sell its first 12 since we spoke to the company last year – to an operator servicing a mining company in Canada’s hard-to-reach locations.