There is an under-tapped channel to catalyse trade and economic development in Africa. It has existed for hundreds of years. Today, it readily and effectively responds to disaster after disaster around the world. It is a part of the civil society sphere, which is considered vital to a functioning society. This channel is faith networks. Here we will consider the Christian faith network. 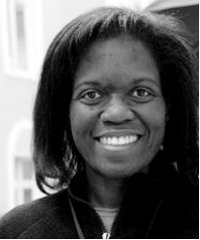 In Africa, there are close to 500 million Christians and 400 million Muslims. These numbers account for 90% of the entire population. The Christian faith is predominant in sub-Saharan Africa. So, if you want to reach out to Africans in this region for any reason, it’s logical to tap the Christian faith network.

Some may have a hard time with this because in the West there is a vocal credo of the “separation of church and state” whether it is truly legislated or really works is another issue. For example, it is known that when disaster strikes in the United States the National Voluntary Active Disaster (Vo-ad) network, comprised mostly of faith-related institutions, is a fast and effective responder. In fact, the Federal Emergency Management Agency (FEMA) in the United States signed a memorandum of understanding with Vo-ad to reach out to communities in disaster.

And, if the truth be told, government and international aid organisations partner with local faith organisations to reach local populations in the developing world. Why? First, they understand and have become in varying degrees part of the local culture and people.

Second, faith culture in developing nations is one of the most powerful social institutions.

Third, the Christian faith network has a way of reaching people even in very remote regions. Some Christian pastors and bishops establish churches in rural and remote regions. To reach these communities, they may have to walk or ride a motorcycle, but they do reach them.

So, if the Christian faith network can help address natural disasters, why can’t they be tapped to address an even larger, continual disaster – poverty in Africa?

To the audience that finds it hard to mix business and faith, poverty or untapped wealth in Africa is a continual disaster that needs to be addressed. From an economic standpoint, until Africa is able to tap its wealth more broadly there will continue to be an overreliance on aid.

Other faith-based organisations like Business Partners International and the Center for Entrepreneurship at Regent University’s School of Business help develop small and medium enterprises in developing countries. In these instances, however, the goal is to serve the people by helping them get out of poverty.

What is not activated is positioning the Christian faith network as a market and economy. If we look at the aid sector, Western businesses already tap large aid, faith or non-faith, organisations as clients. So, in some realms this is already working, but at the same time the “aid” engine is perverted in certain ways making some wealthy and keeping others in poverty. A friend of mine worked for a large US-based aid organisation focused on refugees in parts of Africa. She suggested that they help the refugees develop enterprises. She was told matter-of-factly they would not do so because it would put the organisation out of business.

Fortunately, the traditional development formula may be changing in small ways, at least in the U.S. since one of the pillars of its development assistance is to catalyse sustainable economic growth.