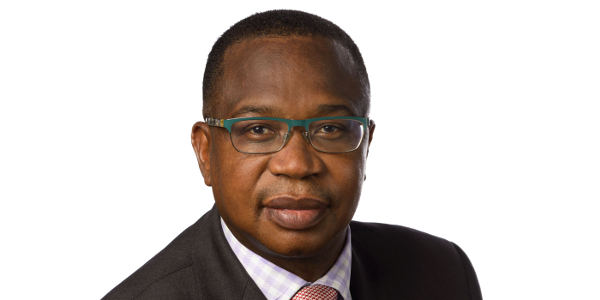 The global economy is expected to show a modest upturn in 2016, especially the US and Japan. The UK will experience the negative effects of Brexit, as it experiences economic slowdown. The Bank of England has responded by resuming monetary easing though its bond purchase programme, in order cushion the economy.

Japan is hitting further quantitative easing. German, British and Japanese bonds are all yielding negative yields which points to a risk of recession. The US benchmark 10-year treasury plummeted to its lowest level of 1.35%. There has been a massive sell-off of assets from Europe searching for safe haven houses. Gold and silver have recorded some of the best performance ever, increasing by 22-26% this year. However, China is expected to experience further deceleration, which does not bode well for commodity prices.

The positive global growth spillovers of a stronger US economy will be countered by negative growth spillovers from China, the recent host of the G20-leaders summit. In the face of weak growth and low inflation in Europe, and a potential recession in Germany, the European Central Bank, is implementing quantitative easing and buying bonds worth €1.74tr, which are keeping interest rates in negative territory and infusing cheap credit into the banking system. The deposit rate is at -0.4%, which means banks are being charged for cash overnight, and the refinancing rate, which determines the cost of credit generally, is at 0%.

On 8 September 2016, the ECB held interest rates, recognising that growth is still soft and signaling that more monetary easing might still be on the way.

Among emerging markets, India is expected record good growth while Brazil, China (relative to history), Russia, Argentina, South Africa are expected to remain soft. Overall, these global spillovers impact Africa through the commodity price channel, where weak oil prices and copper prices, for example have impacted oil producing countries like Nigeria negatively. Nigeria is experiencing its lowest economic growth since 1990, and is in a recession with growth about -2%. After a period of fixing the naira, the local currency, the currency has been allowed to float, and the expectation is that the official rate will close the gap with the parallel rate over time, as the supply of dollars normalises.

South Africa, yet another economic powerhouse in Africa, has recorded a surprise 3.3% GDP growth rate for the second quarter of 2016, largely reflecting the delayed effect of the depreciation of the local currency, the rand. Growth is expected to remain soft into 2016, and much also depends on its ability to stave off a credit rating downgrade.

Eqypt, yet another powerhouse in Africa is still struggling to recover from the major slowdown in its tourism activity, and to fully realise the benefit of the IMF financial support of the order of US$12bn over three years.

One general impact of low yields bond globally is the demand for higher yielding Africa debt which has spurred issuance of Africa sovereign debt in the Eurobond market is recent years. Africa countries that have issued sovereign bonds globally have seen the yields fall somewhat after initially going up. However, not too many of the African countries will come onto the market to issue eurobonds in the face of a potential rise in US interest rates in Q4 of 2016.

One recent bond issuance out of Africa was by Banque Ouest Africaine de Développement’s (BOAD), in its inaugural five-year Eurobond of $750m in May at a yield of 5.75%.

MTN, a mobile telephone company operating across Africa and global, is likely to do an issuance in the global markets in the near future.

One risk to Africa’s growth prospects, lies in the conduct of political elections, which has raised both the actual and perceived risk for some of the countries.