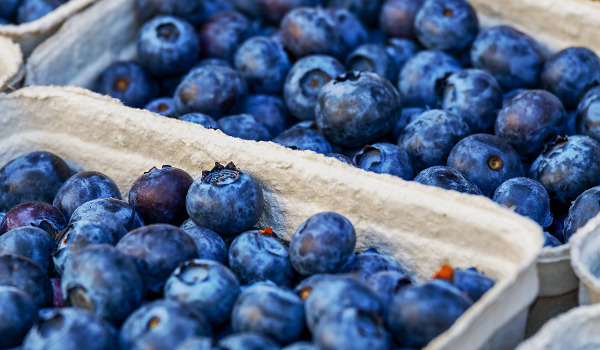 Fruits and vegetables are among the fastest-growing agricultural markets in developing countries, and opportunities exist in Namibia for developing commercial-scale production, especially in the fruits sub-sector, as well as diversifying farming systems and commodities.

There are new investment opportunities for expanding production in blueberries and grapes, and diversifying into asparagus, mushrooms, and indigenous green leafy vegetables.

In 2020, Namibia began exporting blueberries to Germany, China, the Netherlands, the Russian Federation, and Spain, with a share sold domestically. Given the increasing global demand for blueberries, particularly from the European market, there are opportunities to attract new investments. Regarding grapes, Namibia has one key competitive advantage: the harvest window. Namibian grapes ripen and are ready for harvest during a three-week window when there is no supply of grapes in Europe; that is why every major South African grape producer also has an operation in the Aussenkehr Valley of southern Namibia along the Orange River.

In terms of diversification toward new horticulture products, asparagus, mushrooms, and indigenous green leafy vegetables have been identified as high-potential commodities. Asparagus adapts to arid climate and salinised soil conditions, while mushroom production has minimum water requirements and provides opportunities for smallholder producers with moderate initial investments. There are potential local and foreign markets – including Morocco, Niger, Norway, South Africa, Spain, and Tunisia – for several fruits (including indigenous ones) and niche vegetables.

There is a dichotomy between the formal and informal segments of the horticulture market. The formal market is served both by domestic production and imported commodities, where most of the commodities found are produced by medium- and large-scale producers. While Namibia produces an increasing quantity of its horticulture requirements, approximately 56% of the total quantity consumed is imported. Large-scale farmers dominate the production of potatoes and grapes, the latter being largely exported, while commercial small-scale farmers produce a range of horticulture commodities mostly geared to the domestic market.

In contrast to the formal market, the informal market serves rural and some less affluent urban and peri-urban consumers through open-air markets. These markets are represented by individual traders who generally buy at farm gate from small-, medium-, and large-scale producers. The informal market is dominated by domestic production. Product standardisation is low, as often commodities are procured from various sources in small quantities, and commercial relationships between producers and traders are generally not formalised.

Livestock accounts for just over half of Namibia’s agricultural production and 90% of its agricultural exports. The livestock value chain can be globally competitive and offers opportunities for expansion.

Between 2014 and 2018, the export of live animals increased by 111%, while meat exports declined by 17.7%. There is substantial potential to explore new export markets for boneless and processed meat.

The livestock value chain is well organised and regulated, meets high quality requirements and sanitary and phytosanitary standards, and has a good animal identification and traceability system. All these characteristics have enabled Namibia to penetrate high-value markets. In 2016, the United States approved the importation of boneless meat and other beef products from Namibia, making it the first African country to export beef to the United States. Exports to the United States are expected to reach over 5,000 tonnes by 2025. Other key export markets are the European Union and Norway.

There are opportunities to increase value addition in the beef sector. Farmers have to decide between producing weaners for live sale at the age of seven months versus fattening the ox to a 27-month age for sale to Meat Corporation of Namibia (MeatCo) – the largest meat processor in the country and partly state owned – or other abattoirs. Given the historic price ratio, once the weaner price is above 60% of the ox carcass weight price, it is typically more profitable to produce for the weaner market, including for export to South Africa. Because South Africa has richer pasture and feed resources than Namibia, where rangeland productivity is low and imported feed costs are high, South Africa can offer prices that make exports to that destination more attractive than selling finished animals to MeatCo.

The uncompetitive prices offered by MeatCo may reflect insufficient competition and the limited pressure on MeatCo to cut costs. Improving efficiency within MeatCo and productivity in beef fattening, including through improved rangeland management, can unlock opportunities to add more value to beef in Namibia.

There are also opportunities to fully capitalise on the market potential of existing trade agreements to boost exports. While in recent years the meat-products export basket has marginally diversified, it still consists of a relatively concentrated set of products. Namibia’s export specialisation is highest in frozen beef carcasses, chilled or frozen sheep carcasses, and fresh or chilled lamb carcasses. South Africa remains Namibia’s top export destination for frozen beef and sheep meat, while the United Kingdom is the main market for fresh or chilled beef. Looking at market share penetration levels, Namibia has steadily maintained a strong position in the Norwegian and South African markets. However, the overall market reach remains low, with only slight improvements in value addition and product diversification; low market reach was also found to be one of the constraining factors for large producers such as MeatCo.

Lastly, although Namibia’s cost to export is high, time to export is relatively low, which enables the county to maintain its quality margin of fresh beef exports. Thus, better use of trade concessions and a more conducive legislative environment for export promotion could bring down costs and boost the sector’s growth in the future.